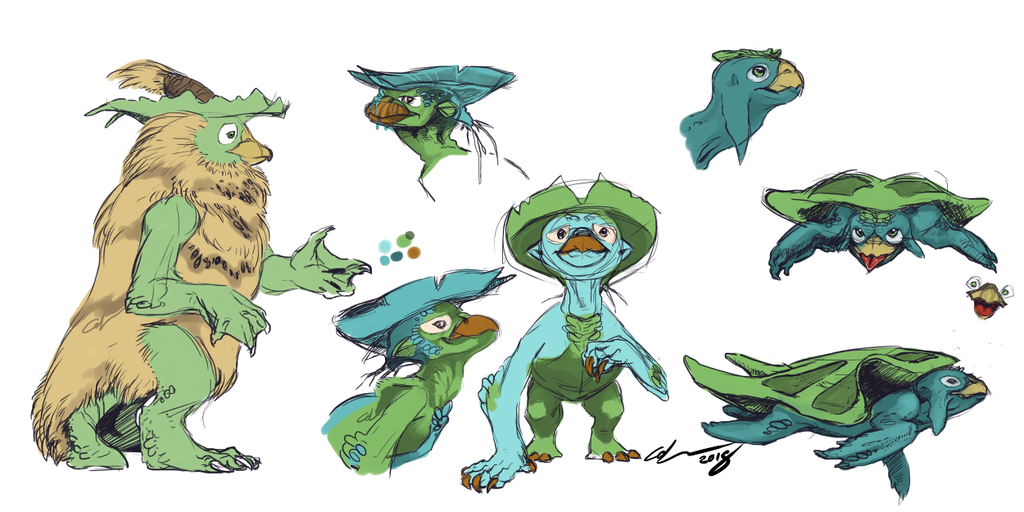 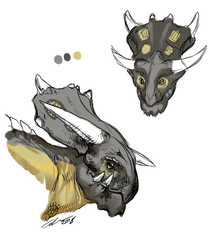 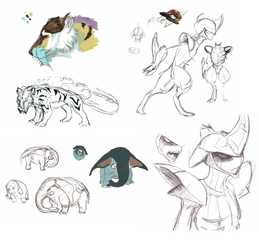 Tricky pokemon since I wanted to make it close to the folklore of a Kappa.

Lotad being the first stage, I gave it more seaturtle look since they do stay in water most of their lifes and dont move easily on land. Heavy shield for protection and also for giving other critters ride.
The canon illustration seem to have more than 4 legs so I turned the front into flaps under it's eardrums. Giving it a bit of a dog look or simply silly face. The patches of white around it's eyes comes in different sizes and shapes, There are have been few cases of one spot or bigger patches that connects together forming a band between the eyes.
There is a small crown of harden scales on top of it's head that will form to a hat in next stage.
Do beware that Lotads are known for mimicking sounds of kids, especially laugther.

Lombre ... -.-
The Kappa pokemon. The hat has formed and I switched the side of where the gap is of the "leaf" since it would loose all water in the hat if it looked up instead of turning the head downwards. The hat is hard scales that grown out to form a hat, only along the edge it is slightly soft but otherwise it is solid and dont bend.
Chipping or broken of parts can be seen from fights from terrority and against trainers.
The more damaged hat, makes the pokemon stay in swamp areas to eat more nutrions to slowly build it back but only minor areas might get healed. A whole section that broken off might not heal back and makes the Lombre having to stay nearby water sources just to survive.
It does have a fleshy "bag" back of the hat can hold a small pocket of water, which also seem to hold plant tissue as roots growing out from it mimicking hair. During certain months this plants might bloom inside the leaf hat to give further protection from sunray and heatwave.
Being on two legs, it still got a hard back since the shield from it earlier stage is still compact and might hinder certain movements but what it lacks in agility it longs front arms will reach and hold very firmly tight. Claws slightly dull from walking but sharp enough to get through flesh.

Some might have full beak instead of a fleshy underjaw, more common with wild Lombres than breed from trainers. They are good at making sound of words, like parrots but more studies need to be done to see if they can speach or intelligence level is beyond a 3-5 years old kid.

Ludicolo ... argh >.<
Not happy over the current sketch of the finished stage ... might rework it another day.