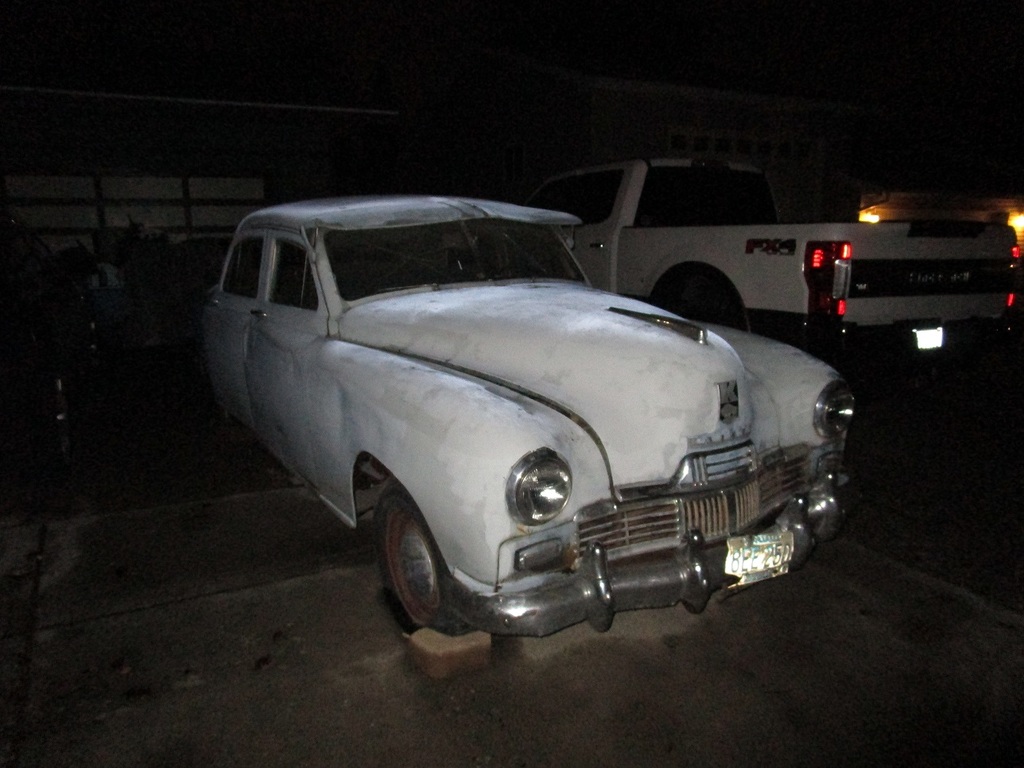 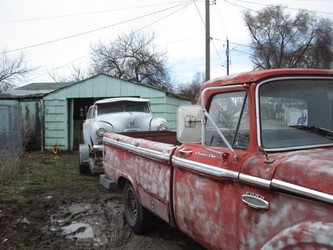 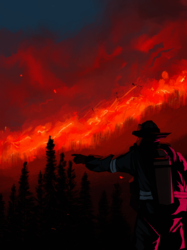 This is a photo i took on the night I bought the car.
The guy I bought it from was about to move from Washington to California because his wife wanted to move. He sadly had to leave the car here because they couldn't afford to ship it that far.
I can't remember the guys name, so I'll just call him Bill.

Bill was a prison guard and was detailed on a crew of inmates that went around picking up trash and digging ditches on the side of the high way and saw this car in a field. He went back after his shift and started looking it over, like all us gear heads do, and had the farmer shove a shot gun in his face asking what Bill was doing. Bill told the farmer that he liked the car and wanted to buy it with the intentions of fixing it up.

some 30 years latter he still hadn't gotten the hood open as the latch was broken. My co-worker and I show up to look it over and it took us both to get it open. One from underneath the car (me) and one from in front. It took us all of about 15 seconds.

We look it over and get bill talked down on the price, but couldn't get it towed that night since it was to late in the day. We get it towed the next day and both my coworker, myself, and the tow truck driver are late to get to Bills house, but we get it home anyways. At the time, I was still living at home with my mom because thats how life went for me. I had organized with my grandmother and cousin before hand to distract my mom while we snuck the just over 2.5 ton car into our garage with the help of a very laud diesel truck. She found it about 2 weeks later even though she never goes out to the garage.

The day after I got it home, i was able to get the Kaiser to start on about the 3rd or 4rth try after it had been sitting for 50 years. After the ownership in doubt inspection, I've been slowly working on it when funding permits.

One of the things I've done was remove the oil pan since it still had oil from 1967 in it. When i turned the pan upside down, the oil stuck to the bottom of the pan.