Haberdash Away All by CCritt93

[Exterior of Penny’s home. Christmas Eve, late afternoon, about sunset. Deep blankets of snow cover the front yards, but the streets and sidewalks are clear. Snow continues to fall and occasionally blows across the landscape. Penny, bundled up against the cold and carrying shopping bags, walks up the sidewalk toward her front door.]

[Cut to interior. A wall clock reads 4:54 p.m. Penny enters and places the bags on the floor.]

PENNY: Whew. Done. (Closes the door against a stiff breeze.) And not a moment too soon.

[Penny removes a list from an inside pocket of her coat and unrolls it.]

[Penny pumps her fist, then begins to roll the list up again.]

PENNY: Boy, I’m glad I saved this to my laptop last year. This way it’s a lot easier to remember every—

[Penny’s face freezes in shock for a beat.]

[Penny holds on to one end of the list while the rest falls to the floor and unrolls.]

PENNY: Omigosh, omigosh, I gotta find something for him. (Looks at the clock, now reading 4:55.) Eek! And the stores close in five minutes!

[Penny opens the front door and is blown back a half step by another gust. She gulps, then sets her face in determination.]

PENNY: Nothing is buried too deep . . . (Flings one end of her scarf over her shoulder.) For a squirrel to find. (Walks outside.)

[Fade to a street in a business district. Penny is walking along, but she sees stores closing left and right.]

PENNY (talking to herself): Okay, I can handle this. The pharmacies and the dollar stores and the convenience stores will still be open. And tomorrow at Yogi’s party I can be all— (Stands up straight and puts on a nervous fake smile while acting out.) “Merry Christmas, Secret! I hope you enjoy your . . . aspirin . . . and those . . . off-brand crayons . . . and that . . . twenty-ounce bottle of Nut.Roots.” (Snaps out of the take and resumes walking.) No way, Touché.

[A sharp arctic blast stops Penny in her tracks. Wincing and shivering, she looks at a nearby bank clock. Its digital display ticks up from 4:59 to 5:00. Meanwhile, the temperature readout ticks down a degree. Crestfallen, Penny bows her head for a beat. Then she does a double-take. Ahead, at the end of the block, she sees a neon sign still blinking “OPEN.” Penny rushes in that direction.]

[Cut to interior of the shop, Huber’s Chapeau Chateau. The proprietor, a grizzly, turns off the OPEN sign and walks to the front door. As he reaches to lock the door, Penny bursts through, knocking him back into a bin of hats. The bin topples over, sending hats flying all around. Mr. Huber lands on his rump. Beat. A bowler lands perfectly atop his head.]

HUBER: Heh heh. Evidently I’m bowled over to see a last-minute shopper. (Penny helps him up.) How may I help you, miss?

PENNY (speaking quickly): Well, I’m looking for a present for a guy I kinda like and I forgot to add him to my list and I wanna get him something nice and you’re the only place still open and—

[Mr. Huber places a finger over Penny’s lips to shush her.]

HUBER: Take all the time you need, miss. It’s no trouble. Besides, I have a little mess to clean up. (Winks.)

[Penny browses through bins and shelves, occasionally examining a hat and imagining how it might look on Secret. We see it too. Eventually Penny comes to the clearance rack. It is bare except for one fedora, deep blue like Secret’s baseball cap, and likewise a few sizes too big. Penny reverently picks up the fedora and studies it. Then she stares off into space for a beat, perhaps thinking back to something Uncle Undercover told her about his brother or his nephew. Finally Penny closes her eyes, smiles, and carefully holds the fedora to her chest.]

[Mr. Huber enters the aisle in background and notices Penny. He smiles and walks up to her, not wanting to interrupt her moment.]

HUBER: So it is. Will you need any alterations tonight?

[Penny turns to Mr. Huber and hands him the fedora.]

HUBER: As you wish, miss. Please come with me. (They walk together toward the counter.) My new laser-precision alteration station will help us achieve the perfect fit for the gentleman.

[Mr. Huber sits at a console behind the counter. Penny stands at a touchscreen displaying a wireframe model of a head inside an outline of a fedora. Cut to a closeup of Penny’s face. One of her eyes twinkles. Fade out.]

[Fade in to exterior of Secret’s home. Christmas afternoon. Penny walks up to the front door, package in her hands, and reaches for the doorbell. Cut to interior, where Secret is under a Christmas tree, tying the ribbon on a present he has just wrapped. Doorbell SFX: the D-G-C-A chime from the end of the 1965 theme. Secret glances toward the door as he finishes the bow.]

SECRET: And just in the nick of time.

[Secret walks to the door and opens it.]

[Penny, carrying her present to the tree, notices the one Secret just finished.]

PENNY: Looks like someone’s been a good little squirrel this year.

[Secret walks up behind Penny as she places the present under the tree, next to his.]

SECRET: She sure has. May I take your coat?

[Secret helps Penny out of her coat and scarf and takes them to the rack by the front door.]

SECRET: Yogi’s party was a blast, wasn’t it?

PENNY: You know it. Morocco was so cute with the antlers and the Rudolph nose.

SECRET: Yeah. (Chuckles.) Say, just curious . . . um, why did you want us to exchange our gifts here?

[Secret walks to the tree, picks up the present he wrapped, and brings it to Penny.]

[Penny unwraps the box and removes the lid. She reaches inside and pulls out a ladies’ newsboy cap with an extra large crown.]

PENNY (gasps): Oh my gosh. Secret, it’s beautiful! (Puts the cap on.) And it matches perfectly with the jacket I got from Mom! How did you know?

[Secret looks down bashfully, puts his hands in the pockets of his hoodie and scuffs a foot against the floor.]

SECRET: I just saw it at Huber’s and thought it might look nice on you. (Looks back up at Penny.) And it does.

[Penny walks to the tree, picks up the other present, and brings it to Secret.]

[Secret opens the box and looks inside.]

[Secret raises an eyebrow slightly as he pulls the fedora out of the box.]

SECRET (lost in thought, examining the eyeholes): Thank you, Penny.

SECRET (snaps out of his thought): Huh? Oh, no, not at all. I was just thinking this might be a bit mature for me yet. (Turns to Penny and smiles.) But there’s only one way to find out for sure, right? (Idea.) Just a sec.

[Secret zips out of frame. The fedora spins in midair for a beat before landing to hang over a corner of the box.]

[Secret arrives at his bedroom closet. There he solemnly removes a gray trenchoat on a hanger. He bows his head slightly, sighs, and closes his eyes for a beat.]

[Cut back to Penny in the living room, looking toward the off-camera hallway. Secret returns, just offscreen. We hear Secret drop his baseball cap onto the floor and see his hand as he picks up the fedora again.]

SECRET: Now, where were we?

[Low angle from behind Secret. Now we see him in the trenchcoat. His head is just above the frame, but we see his arms moving as he slowly puts on the fedora. Zoom in on Penny as she watches Secret, her eyes widening, her mouth opening with joy.]

[Cut to closeups of each of Secret’s ears popping through, then to his face as the front of the brim settles over his nose and his eyes become visible.]

SECRET (suavely): How do I look now?

[Penny leads Secret to a full-length mirror. We see their backs and their reflections.]

PENNY (gesturing to mirror): Do you see what I see?

[Secret checks himself out in the mirror, turning occasionally, and quickly likes his new appearance.]

SECRET: Say. Lookin’ sharp. I think I could grow into this. (Turns to Penny and smiles.) Thank you, Penny.

[Secret hugs Penny. While they embrace, the fedora opens. A robot arm emerges from inside, carrying two sleighbells attached to a sprig of mistletoe. The arm shakes for a beat, jingling the bells. Secret and Penny look up with surprise at the mistletoe, then look back at each other and blush.]

PENNY: I had no idea the hat did that.

SECRET (glances up at fedora): I wonder what else it does.

PENNY: Keep it on and you’ll probably find out. (Winks at Secret.)

[Secret and Penny laugh in each other’s arms. Fade out.] 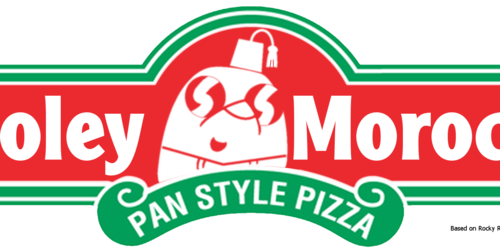 Just when Penny thought she had finished her shopping on Christmas Eve . . .