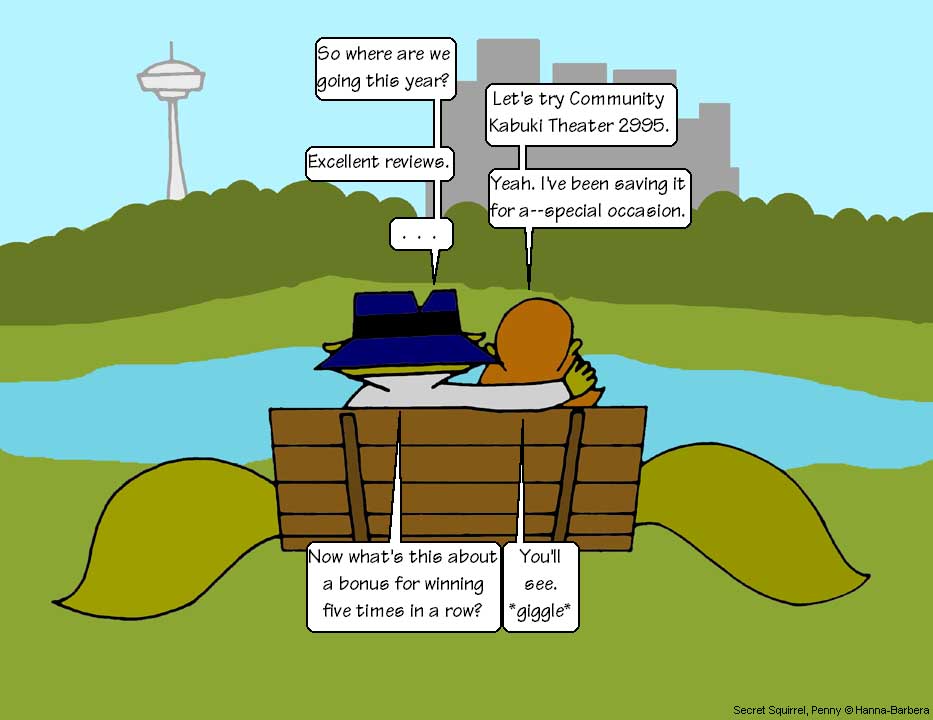 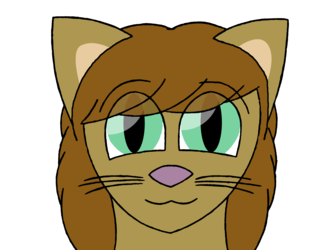 From 2001. February 12 is Lost Penny Day for the Super Secret Service staff. Penny gets “lost” somewhere in Big City, and it’s up to the boys to find her. She scatters hints, riddles, and cryptic clues all over the city to lure the competitors to her preselected hiding place. The first one to find Penny gets to take her out to dinner on Valentine’s Day.

Here we see Penny by the shore of the lake in Big City Park with this year’s winner. She wants five-time champion Secret to take her to Community Kabuki Theater 2995. Sounds like a plan. But could there be a bonus for winning five straight?

I think this was my first attempt at drawing a background with a mouse instead of on paper . . . and I believe that includes the tower at left. (EDIT 2013.07.03: It doesn’t—the tower was inked on the paper.) And how sneaky to place those final speech balloons to conceal the hot and heavy footsie that may or may not be going on.