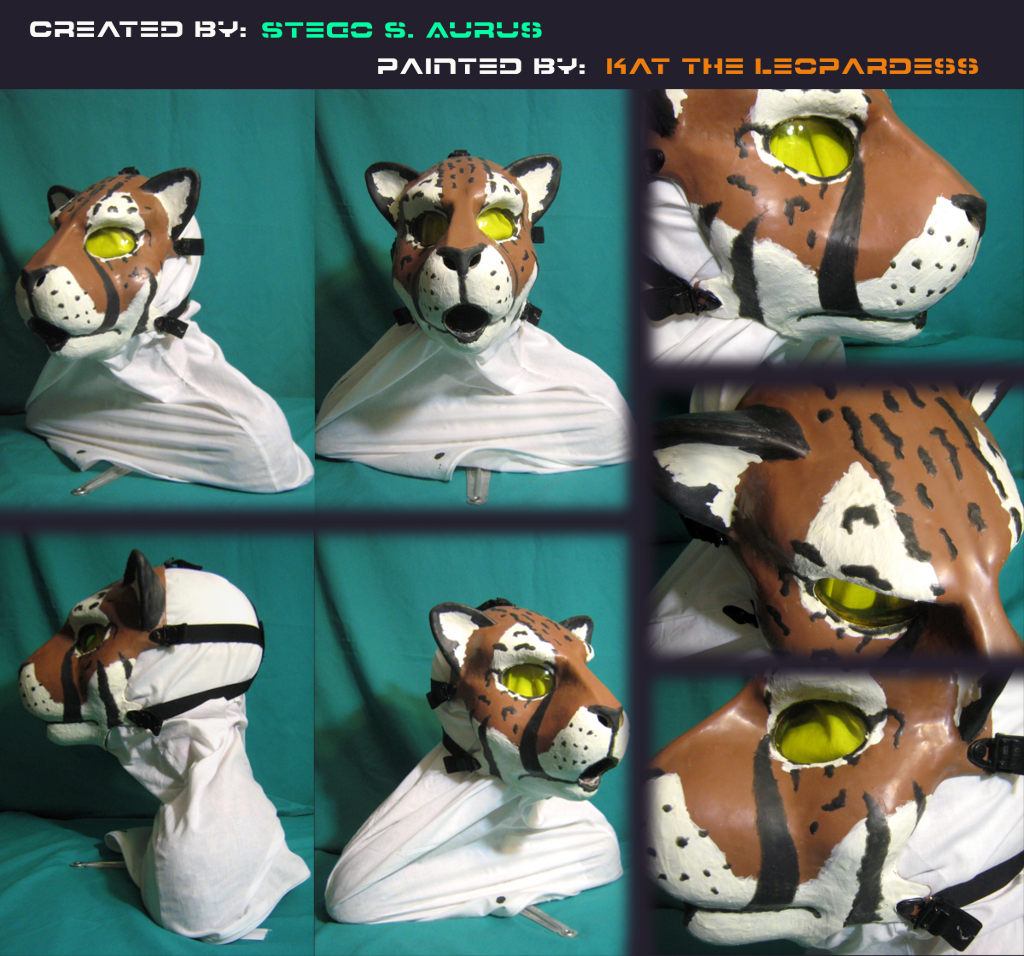 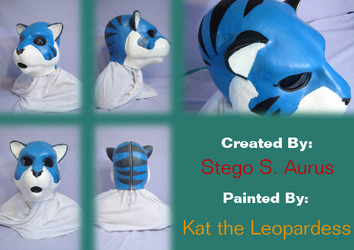 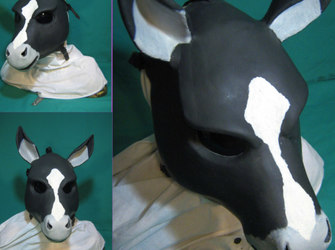 A feline of many influences, the elusive Tigcelot stalks prey in its natural habitat. Dancing down Bourbon street, this yellow eyed feline will stun even the most well dressed of tourists. This mask was created in time for Mardi-Gras, which just so happened to be Valentine's Day, purrfect for my lover Solomon. You could say that I had attended this year's Mardigras in the creative spirit.

This species is unique in itself, A one of a kind "ST-1", and specifically #69 of Wildgasmasks' KG1 mask. With a chocolate base color, there was a bit more randomness when it came time to apply the markings. Solomon's inner animal is a combination of a tiger and ocelot, leaving me with the task of placing spots and stripes upon this mask. In 2010, I had visited New Orleans during the 2010 Mardi Gras celebration so I had lots of pictures of the Lyonshel prosthetic and paintjob used by him previously. These references were mixed up, visualized upon the specific shape of this model mask.