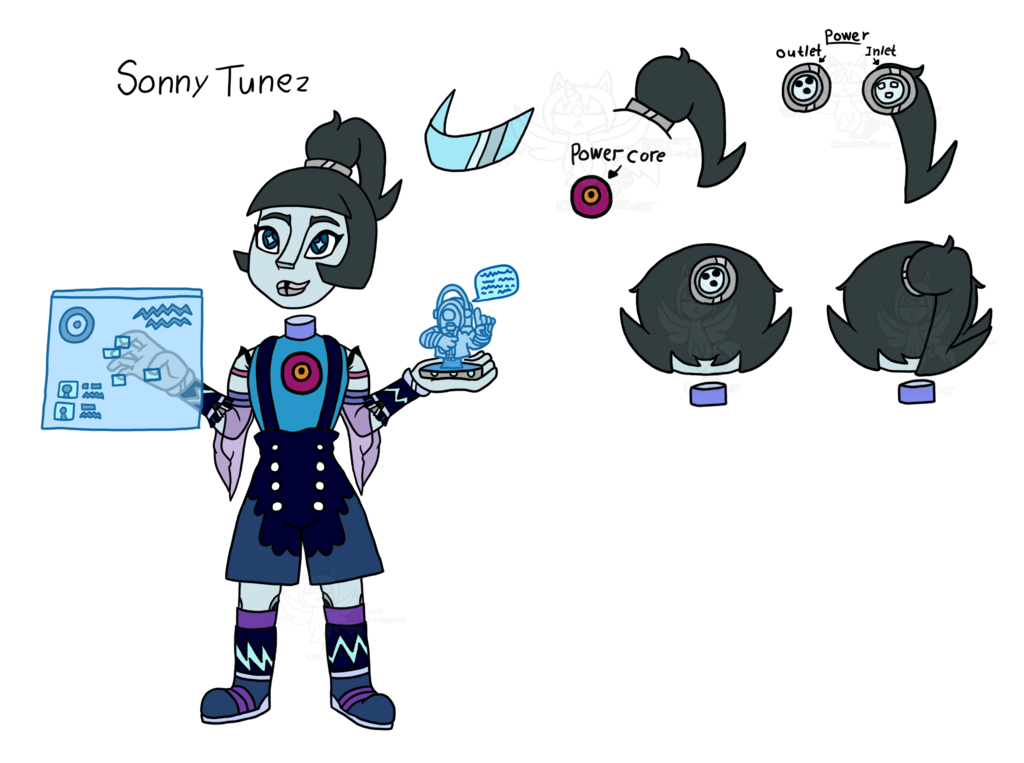 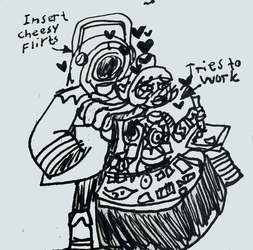 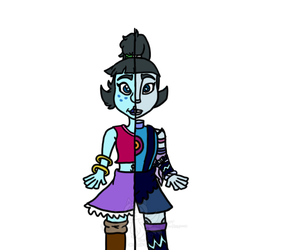 Here is my NSR OC Sonny Tunez or also known as Miss Tunez. After seen one of the latest NSR/No Straight Roads Trailer, so i decided update her design since wasnt to "robotic/android" looking as i wanted it to look like so re-designed.. ehm im still trying to update most her info since on the first sketch of her i had just put this in

"country girl want to move to city, takes NSR sponsored train and is a accident.. nsr covers it with free hospital and money to quiet it.. but for her body was giving in so she got a new and there on worked for nsr."

for the part of "got a new body" i say she got surgery i guess? does that work for androids? because she can eat and drink food so i be guessing she has still some organs or if very realistic made ones? or maybe if it can work as a sort of powersource perhaps? Anyway like i said its still has stuffs for me to figure out XD..

Some info about her family is that she lost her parents at the age of 5-6 year old. They was on a family cruise and something happend (dont know what yet), she got separated from her parents and brought with some other passengers into lifeboat and the police then sent her to her uncle who is sibling to Sonnys father, who would take care of her a farm that belonged to her parents but now is hers but her uncle take cares of it for her (he needs a name), he dont have any kids of his own but do watch the kids of the sister/other sibling of Sonny's father.. He do enjoy watching them often and try teaching them about responsibilites XD

ok now back to Sonny.
Her uncle would tell her everything that her parents told him they wanted to tell Sonny would be older, like about Vinyl City that they had visited when they was very young and they has told some stuff to their daughter about it but not all, her uncle would tell her stories about her parents and after that she has on her own and with uncle researched a bit about the city and inspired her to wanna move over there, even though she would get in a train accident that would lead to her current condition.

She did ask Tatiana for a apartment and be offering to give some of her is paying payment to NSR willingly because she is more or less owes them a lot, especialy DJSS for be the one to give her current job and her body (i image him very good at tech stuff)