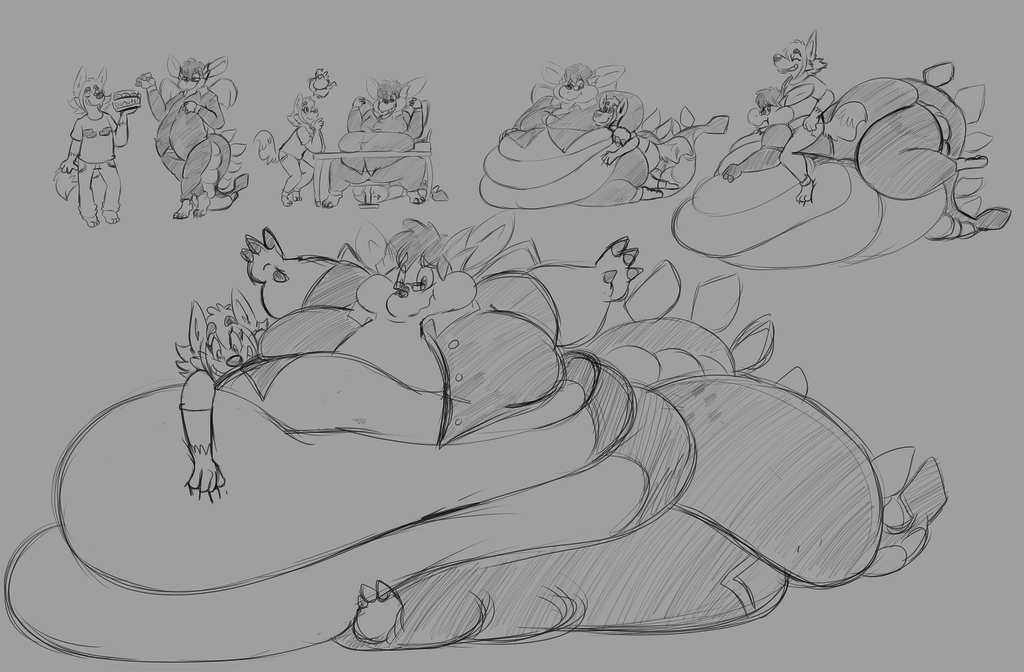 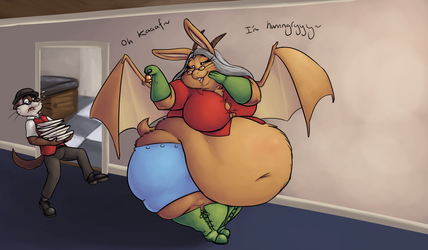 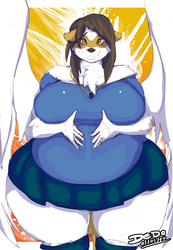 Seems Kaf's new boyfriend is awfully sweet. He buys the dragon lots of donuts, snacks, whatever food he wants. he is a bit overeager about making sure Kafzeil is well fed though, but Kaf was never one to turn down such kindness. Especially if food is involved.

He has gotten rather fat, but Zeny doesn't seem to care at all. As matter of fact the meals have just gotten larger...

Give the guy some money. BUY SOMETHING WILL YA?!

Also I like to imagine during the third picture Zeny at some point yelled "FALCOR!" while pretending to ride Kaf. Because I'm dumb.