COM: Adjusting the Maline'ment by carnival 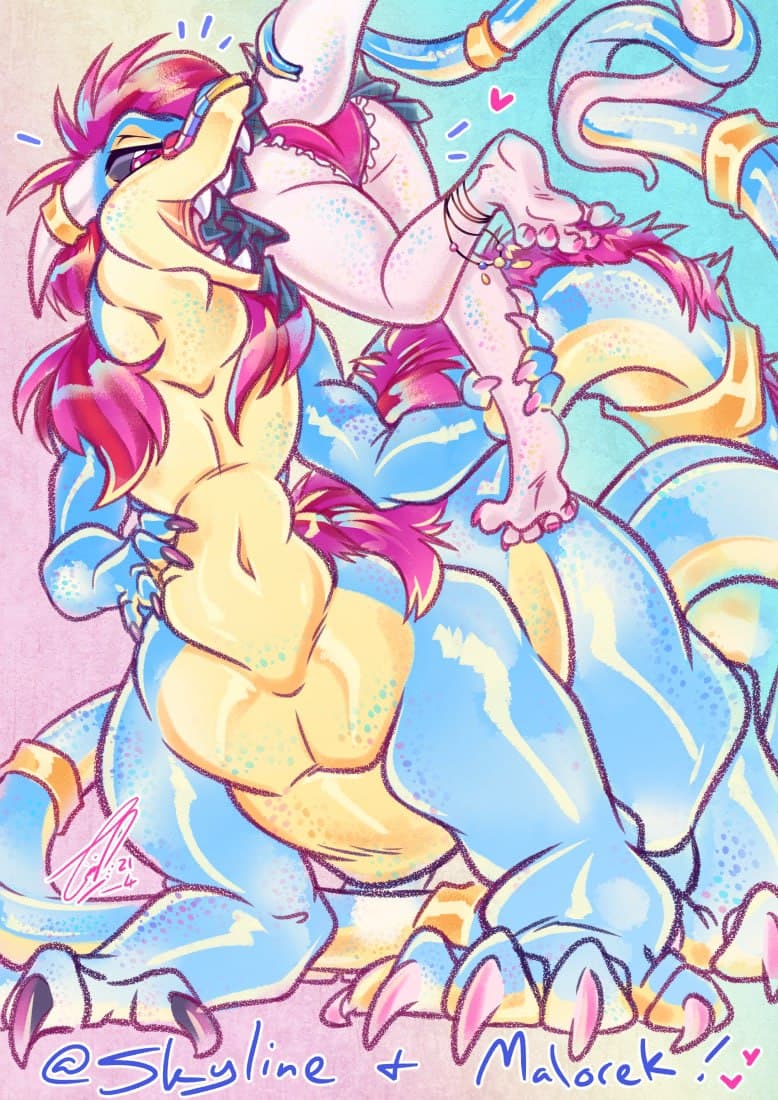 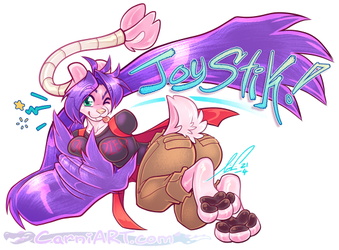 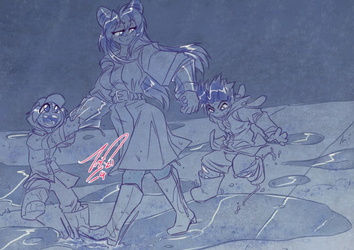 Ry: Hohhh, my gosh. We look so good as a combo. That lighter cerulean blue with the piebold clouding and the prismatic scales looks so nice. I wonder how far the changes will progress by the time Maline's done properly forming into their beautiful self completely. I kinda want to see actually, might commission that in the future, maybe the yellow underbelly transitions to full white, the blue scales getting Skylines more elemental stripes on their newer lighter hue's. Their body shape probably loses their taur'ness and they get more long dress fem bodytype. Mmmm yes there are many options and I am interested to see more ('3

Carni:Goodness! there is not stopping the roll VORE'line appears to be on~! ('>

Ry: Chihihi, I would say it will NEVAR stop but..... currently the idea of possession fusion is seeming super cool so maybe the flavour of my next few will change ('333

Carni: ..and something adorable about the cutie panties in this also? X>

Ry: Right, Mal was 10 billion percent correct with the idea of them having their legs dangling out. Her cute panties, skirt and legs look so pretty ^-^

Carni: —I also appear to be obsessed gentle with ankle jewellery dangles too?