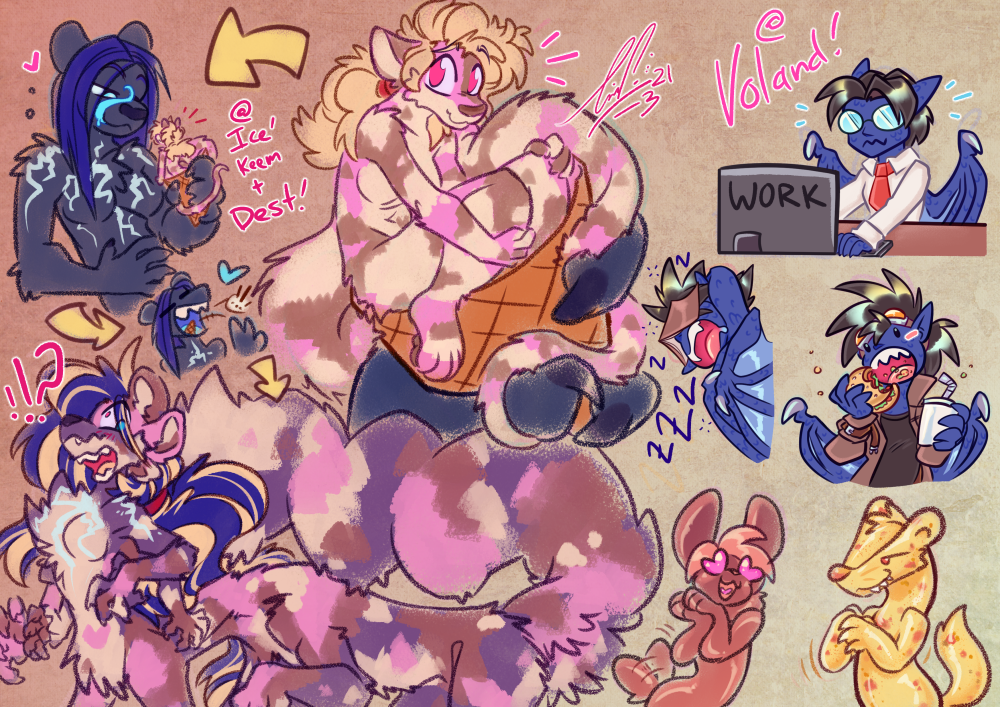 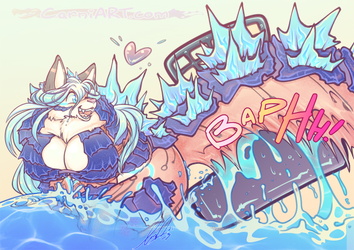 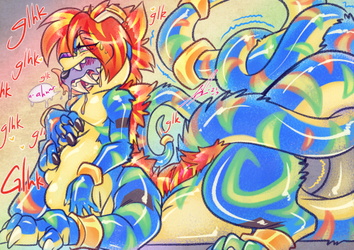 Carni: And the FINAL stop on March's Fusion Streamy-Themies!

Ry: Ohhhhmy gosh Neo'p and Icecream fusion was a great idea and they are so bashful and adorable, but Dest falters not in eating them in one gulp, much to their surprise though since merge tf's are contagious!!! And the new triple fusion looks amazing holy heck that hair is cool!! Also double mouth's and taur taur body wooooooo. I wonder what flavour they end up as between all of their individual flavours?

Carni: Voland also picking up some small Sticker/Emojis for their Twitch Channel!

Ry: Awwww so hard at work, but hard at sleep and junk food too XD ALso my goodness the fudge bunny and cheese weasel look so cute and devious respectively, I approve thumbs up