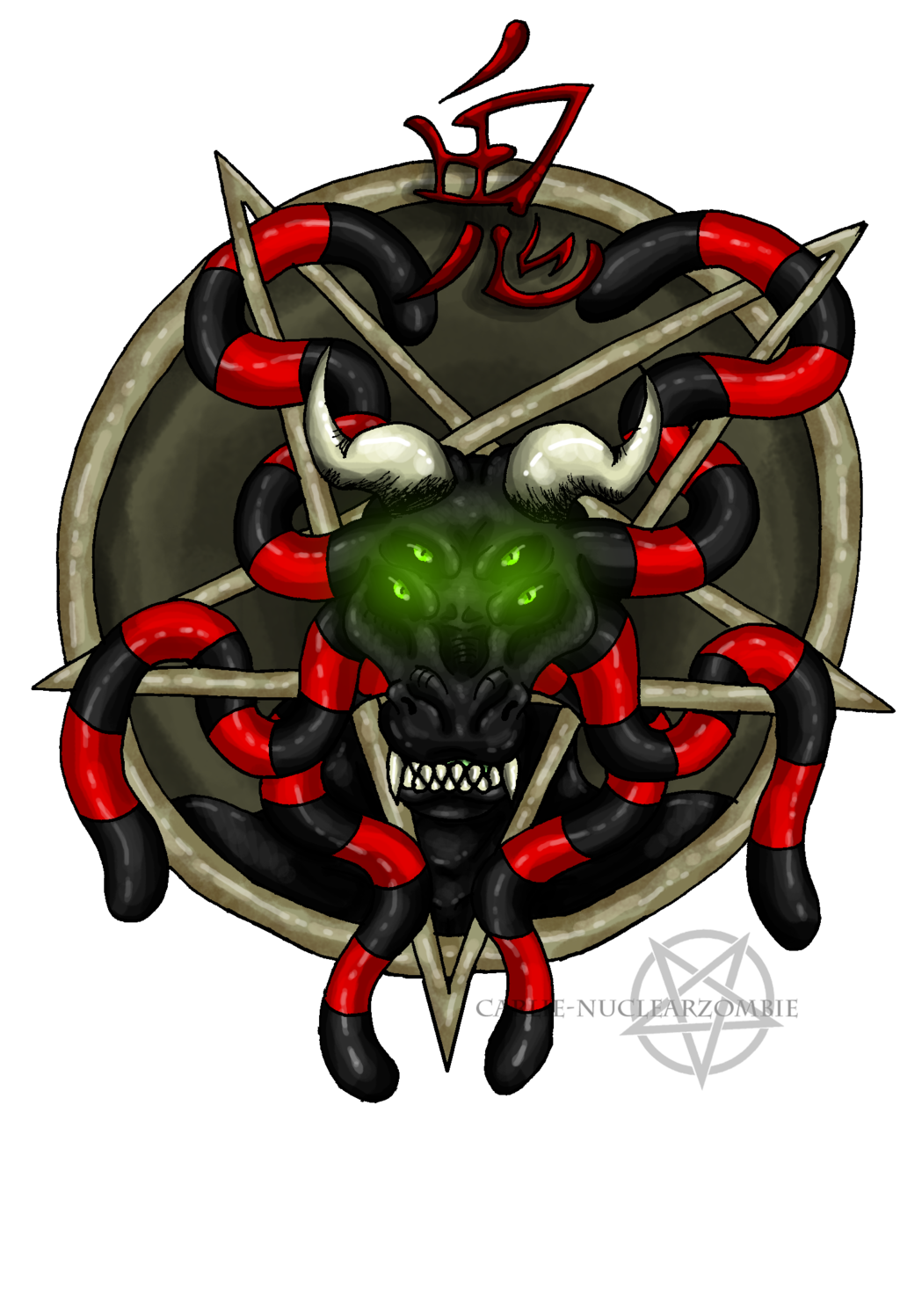 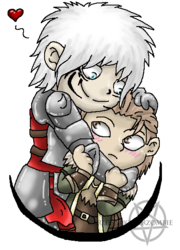 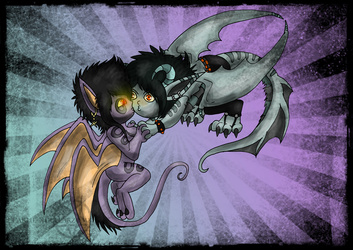 Ok well since I designed the first one Sythes design has had a few minor changes like he now has black eyes with green pupils, his horn shape is different and my anatomy on the face is better, also I wanted to change my original design by incorporating the reverse pentagram a symbol that has quite a fair bit of meaning to me seems it has been my protective symbol threw my many rough patches threw the entire year (plus with spiritual stuff) and before you say "pentagrams are evil" they arnt at all, it has just been given a bad name from an anti christian cult from the 20th century both reverse pentacles and normal pentacles mean the same thing, they are both Wiccan symbols and Templar symbols. C: Research it people.

Before every one thinks this design is meaningless and demonic READ ON!

The Japanese symbol means demon, resembling two things one of which is because I love demons in general but also resembling the many demons I have defeated in my life (life issues, stress, problems and heartbreak) it also refers to Sythe, seems he is a demon :P

The last meaning of this is Sythe appears to be behind the pentagram almost like he is caged, his head peaks out from the center, this represent the pentagram being my protection, my way of feeling safe, It caged me in its protective barrier and I can still pear out and keep an eye out on the world as I live life.

Why is Sythe chosen to be the center of the design?
Its because Sythe is one of my many characters I actually have the strongest bond to, he is like my alter-ego, my guardian in some manner. He was first brought to me via a dream I had more than once, so with out my imagination his existence would of never been, The tattoo will be placed over my right shoulder because with out my drawing skills (im right handed) I could have never brought him to life. Sythe has also been one of my most popular and well known characters I have created, people love him.

Art, design, concept, character and every thing about this is (c) Carlie-NuclearZombie