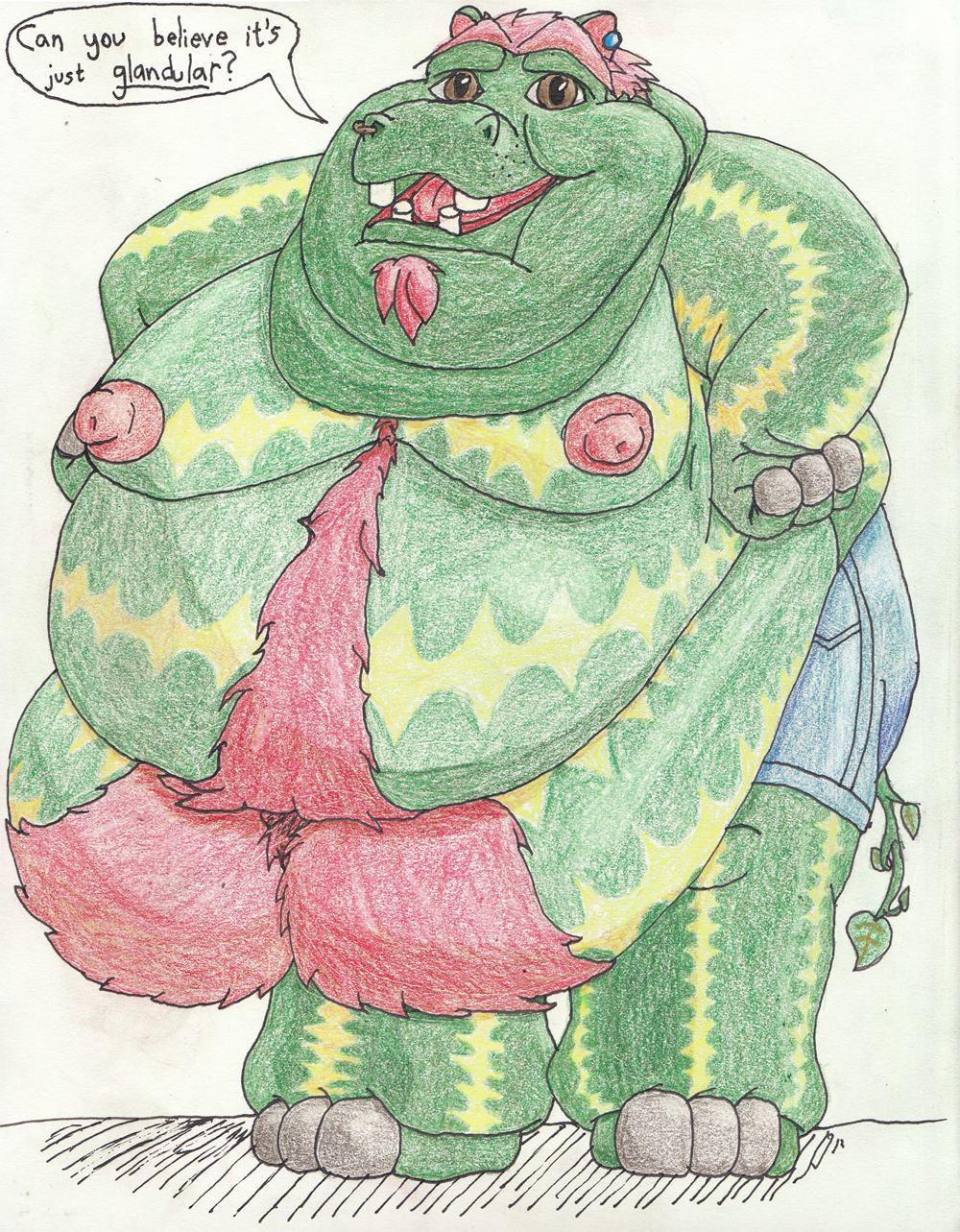 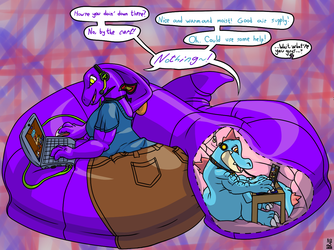 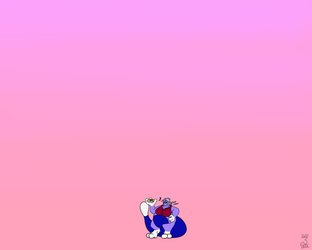 (Rated general because MALE nipples, which somehow makes it okay.)

His insides are cool and juicy, and while he can harden his rind if he needs to, he's generally as soft as a water balloon. And true, all watermelon creatures are fat, but he's a good bit bigger...don't make fun of him, he was just grown this way! (He could use a little Miracle Gro, though~)

I wanted to do something for Hippo Week, and I saw a pic someone did of a pumpkin wolf. So I thought to do a watermelon hippo. This time, though, I wanted to use my colored pencils because I miss working with them. Not too bad for my first traditional pic in a few months, but I could've done better. Wish I had a kneaded eraser on hand for the highlights, would've made them subtler.