"Ah, I bet you were wondering what we did with that Satchel," I said to Sko.
"I know what you did..." Sko started to say.
"No, the audience," I said to Sko putting a paw to his mouth.
"Oh yeah, well the only thing that's been done according to the story is the bue juice. We got to look at the stomach cleansing liquid. We also looked at the remaining liquids while we were in Primeon. You just didn't see that," I explained.
"But, I thought you were in such a hurry that you wanted to look at these farther on," Sko said.
"Okay, well, thank you for not spoiling that, because you know. Here's what happened?" I said.

I looked around while Sidge and I were waiting for the others and said to the Cow-dragon, "Do you have a moment?"
"What's that?" Sidge asked lounging back against the wall.
I went over to him with the brown satchel Gesh had found and rummaged in it. I took out a bottle with a clear liquid inside that seemed to sparkled. It had a screen off top so I took it and jumped up to empty it into Sidge's mouth.
"Rather bland, what was it," Sidge remarked.
I read the label to him, "Stomach sparkle."
Sidge lookd down at his belly. I saw already that his throat through his neck, down to his stomach was illuminated in perfect detail. As a result most of his belly was.
I stared in awe, "Wow, so neat!"
Sidge put a paw to his belly and moved it around, the liquid shimmered with it sparkling even more as if it was water resting inside a bottle still.
"Wow," he breathed.
I rummaged around inside the bag and got out a red liquid vial with a cork. I uncorked it and presented it to sidge. He nodded so I upended it into his throat. He slurped after I dumped it inside, "Spicy."
He started to open his mouth again when a grumble from his stomach echoed up to his mouth loudly. He snapped his mouth shut and put a hand to his mouth.
"How did that feel?" I asked him.
"Well..." He put his paw to his snoot as another gurgle rumbled through his belly. 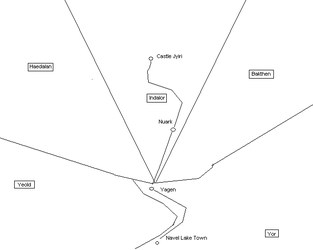 Apparently this is an unused scene from my novel Hail Primus.