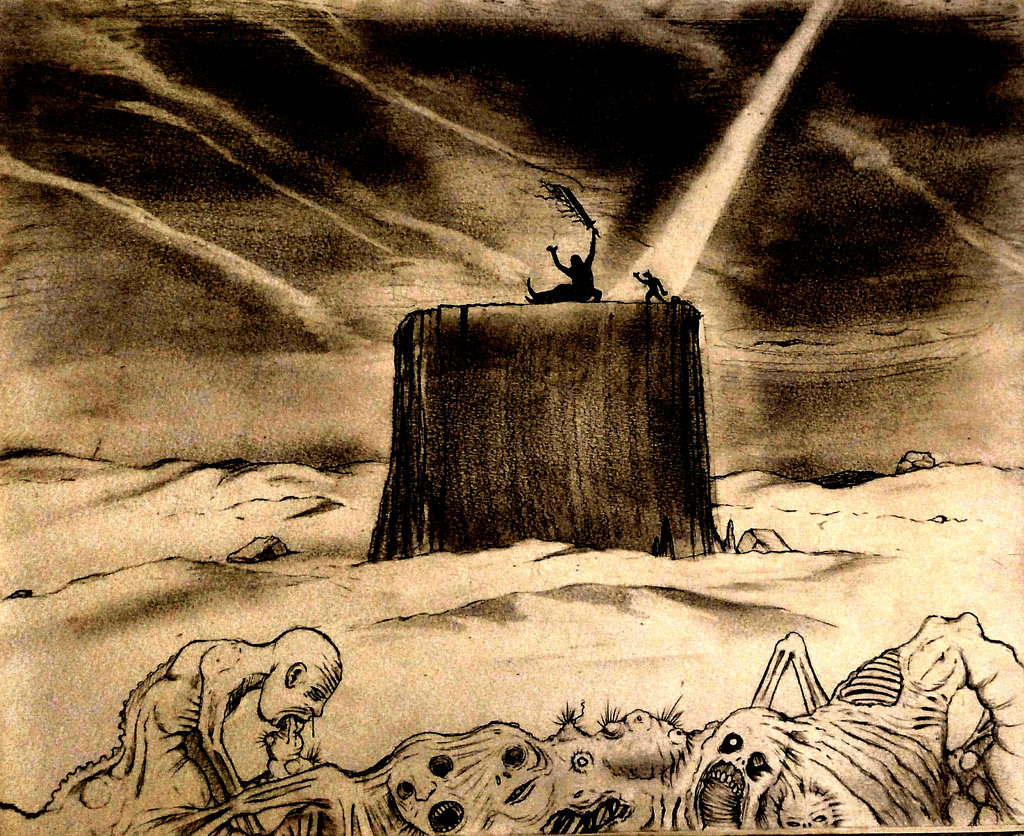 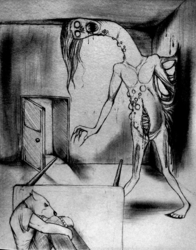 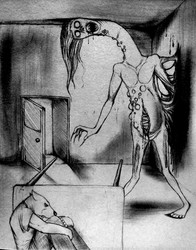 Notable Locations within The Elderscapes

Seated in the middle of a searing ashen desert, the Glorivum is a massive obsidian stone outcropping, similar to the Devil's Tower located in the state of Wyoming. Upon this stark black rock is seated Maximus Thraxx, the main antagonist to the Interloper. In their grand climactic clash atop Glorivum, The Interloper was able to best Maximus Thraxx from his stony plateau and send a massive chunk of the rocky structure crashing down atop the great maggot beast, thus ending this particular chapter of oblivion rule.

Surrounding the massive rocky structure on all sides is the Wailing Wall, a barrier of living writhing flesh that spans for miles around the Glorivum. The winds carry it's perpetual wails and agonizing moans for miles across the dry expanse of parched lands.

The desert itself is a lifeless barren wasteland devoid of anything but scorched sands. The skies are a constant sickly blackish yellow, and an ashen rain constantly falls from the sky.