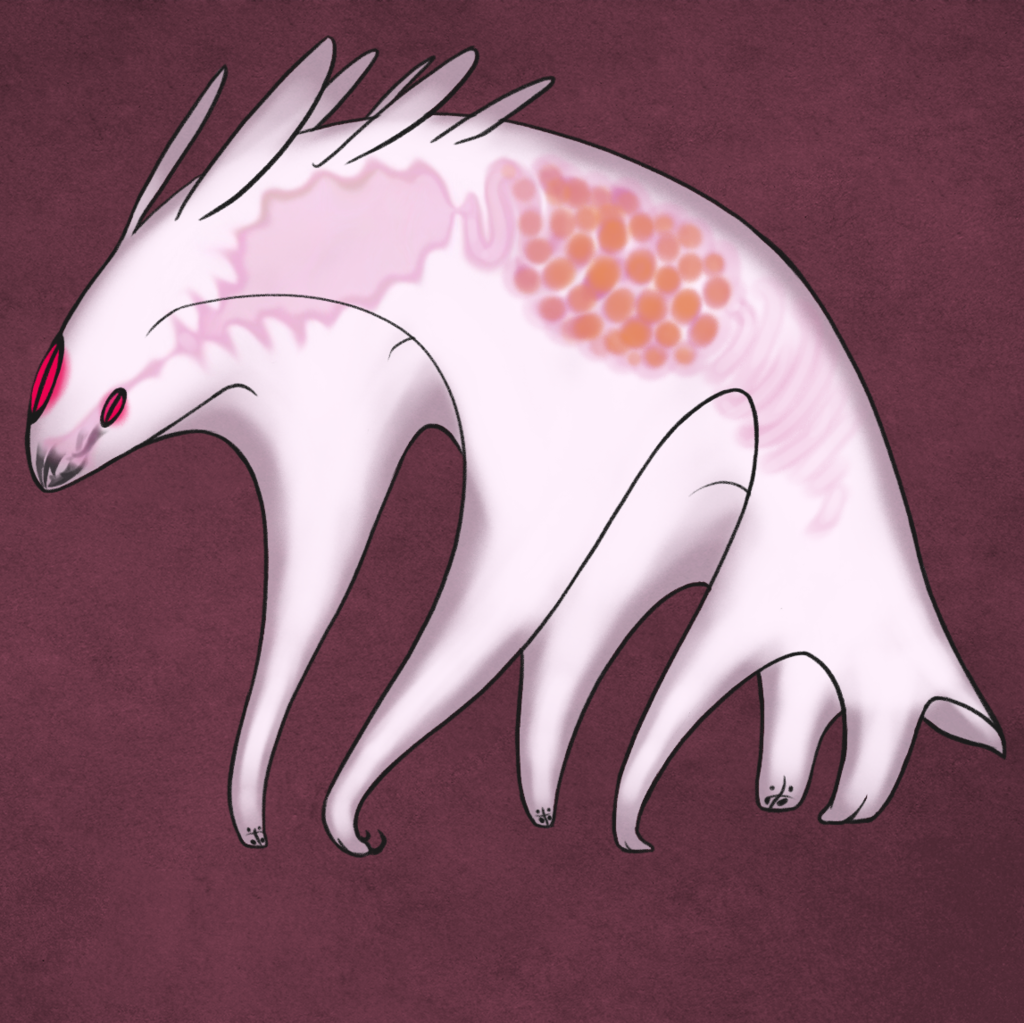 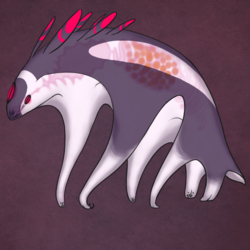 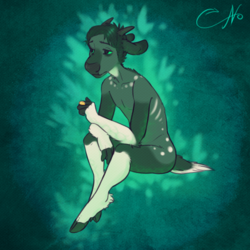 Just a better look into their internal workings.

They are a filter feeding/algae eating species, that reproduce through a parasitic means. Don't worry.. it's nothin' like a belly bursting Xenomorph. No. Rather it is more like a symbiotic relationship where the eggs are laid in the host through an orifice that can provide nutrients to the young, and will develop in the other creature for some subsidence till they are able to survive on their own, then leave the host through the entrance they were laid. Throughout the process the adult will look after the host and protect them, and when the time comes they will carry the juveniles to the closest body of water to be released.
The host on the other hand will be ignored soon after to be left to their own devices, or released back to where the Baboa first encountered them.

The Baboas are mostly gelatinous, yet the membrane that covers them is dry to the touch when they are out of the water for an amount of time. Other than that they have a keratin tri-beak, and four retractable hooks on each foot to hook into their prey or hosts. Their inner workings consist of a filtering bladder/stomach, egg producing pouch, and a coiled ovipositor. The're are no centralized area to be considered their brain, yet instead it seems that they store information throughout their own individual cells.

Their eyesight is more suited for UV reflection and hues of bright blues or vivid reds. Other colours come out in a more grey tone due to the lack/need of any other colour receptors. The species language is rather simple and to the point, with most of it consisting of clicks, chattering, and using their signaling frills in a waving motion.

A little bit of the Baboas biology.