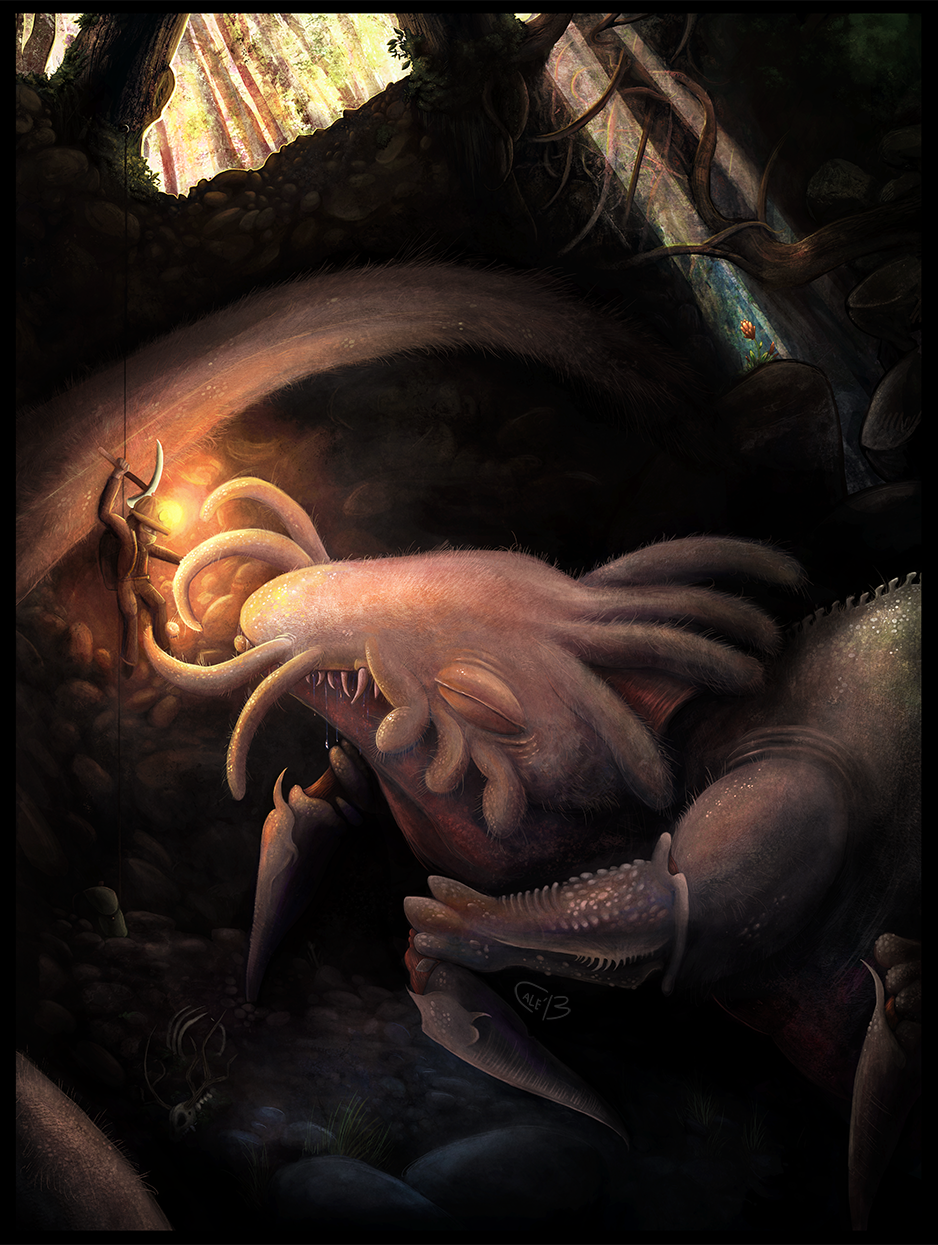 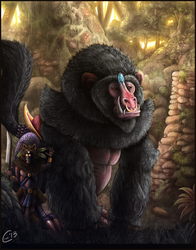 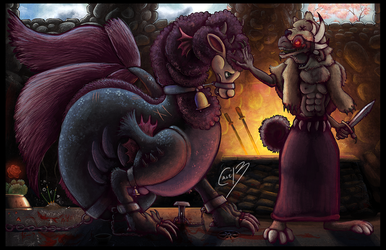 A sort of sister piece to Jungle Ruins in a loose way. I wanted to do another image in the same location and use the same palette. I sorta followed that rule for the first bit then i forgot about it i suppose?

Actually its a little bit of an odd image since half-ish was made before i moved with my old comp then the rest was done with my new stuff so i felt a bit of a disconnect that shows in spots, or so I see. A lot of my stuff was acting different (Much Better) and it was just odd. I mean, making artwork without a huge fight with my computer? NONSENSE!

Anyways~ I hope you enjoy it. I'll be doing a lot of sort of practice pieces as i try to get re-situated with technology that cooperates and understands pen pressure and angle so darn precisely. If you've seen this picture already sorry for not adding anything different to this ramble here.

Its very hard uploading in multiple places without making people see the same junk, unless i wasn't so darn lazy D: