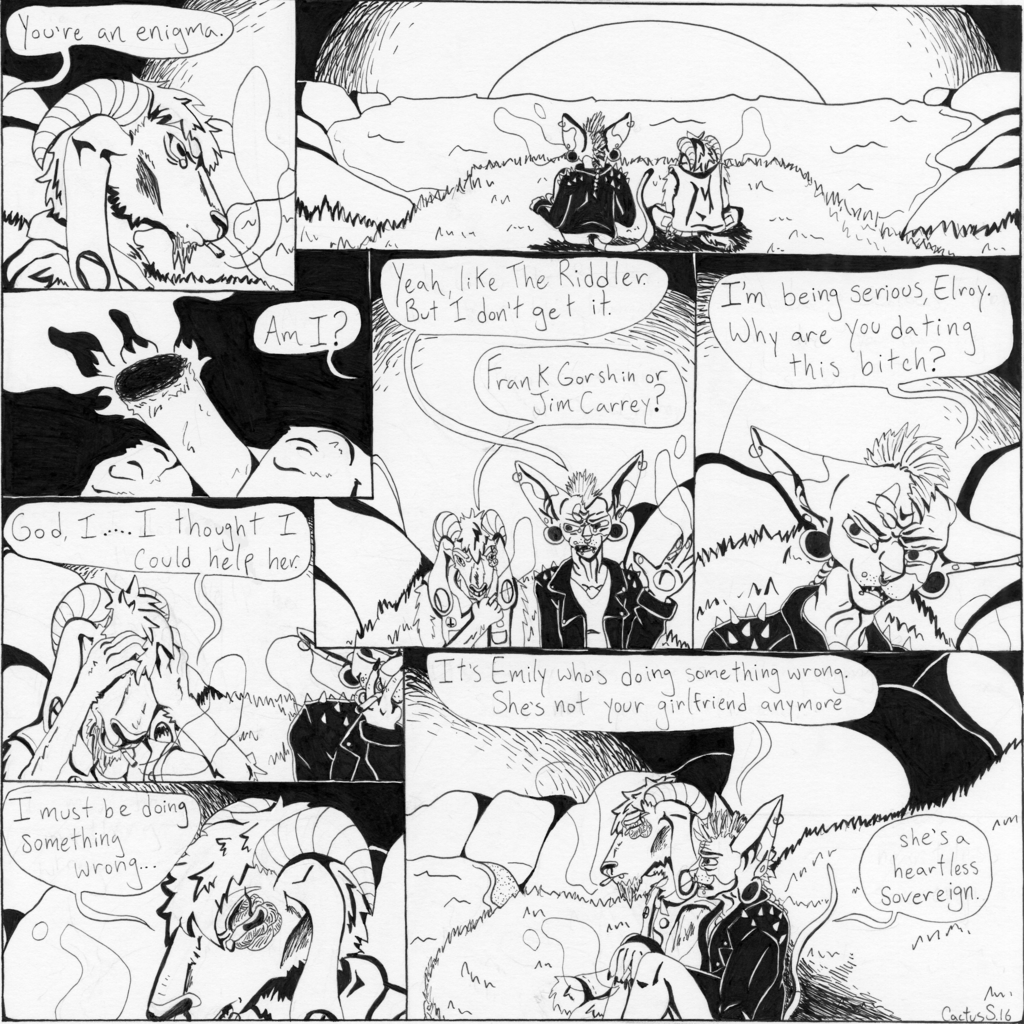 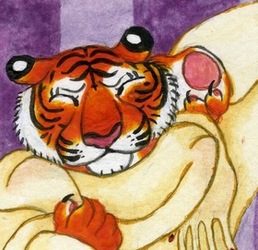 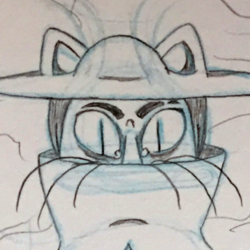 another piece for my Illustration class.
This one was a comic, had to include 2 specific words, mine were "enigma" and "sovereign". The comic could be about anything we wanted.
I decided to draw two of my characters, Elroy (the goat) and Lucifer (the sphynx cat) talking about Elroy's girlfriend (Emily).
I couldn't get a scan of this before I inked the shading, but I hope to get the drawing back from my professor soon, and then I'll replace the file.
This was a challenge for me on drawing the same things many times (and having them look the same) but also on figuring out the look of each panel.