I'm a green biggle who drives buses for the Luxton and District Traction Company. Aye the same one from On the Buses. I guess you can say I'm Stan Butler's successor. I'm under the jurisdiction of Inspector Blake Monty who could be said to be Blakey's successor after he died in 2015.

I also have an interest for big female tummies especially when they're pregnant. That's where Pooh Biggle comes in, she's bascially a pregnant, female biggle version of Winnie the Pooh. We'll see Billy and Ruby Biggle from Kidsongs too as well as Alouette on several occasions.

If you want to see me draw your characters, tell me either in profile comments or notes and who knows one day I might do it. 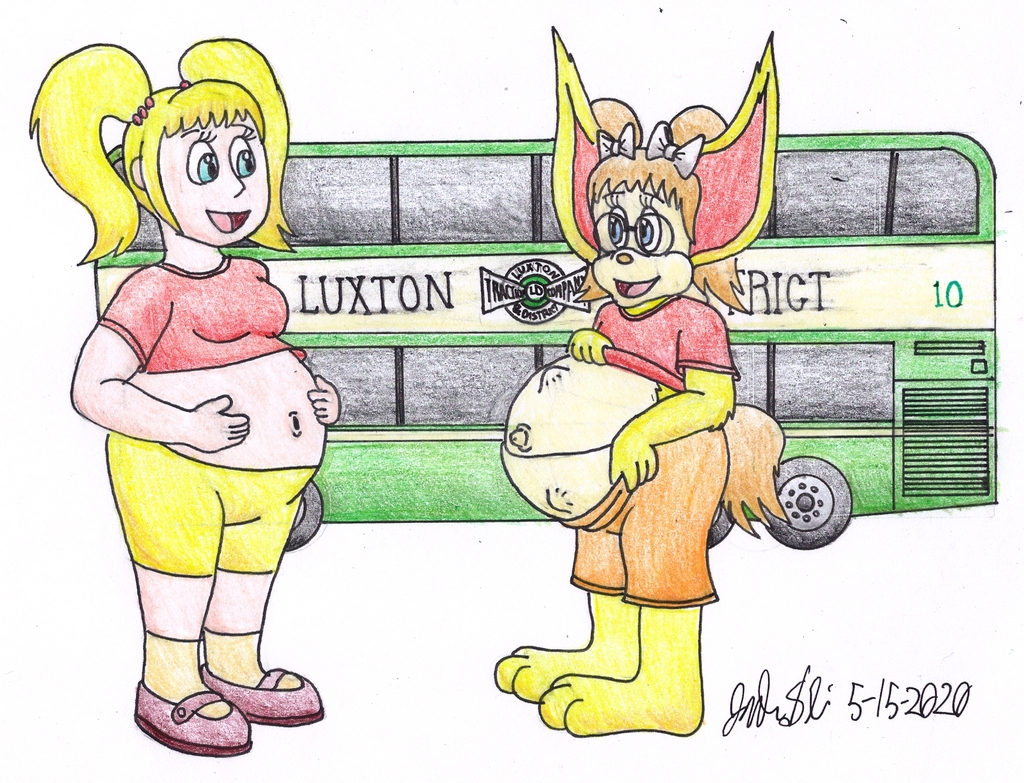