Collection of Trinkets by Buck-Aye 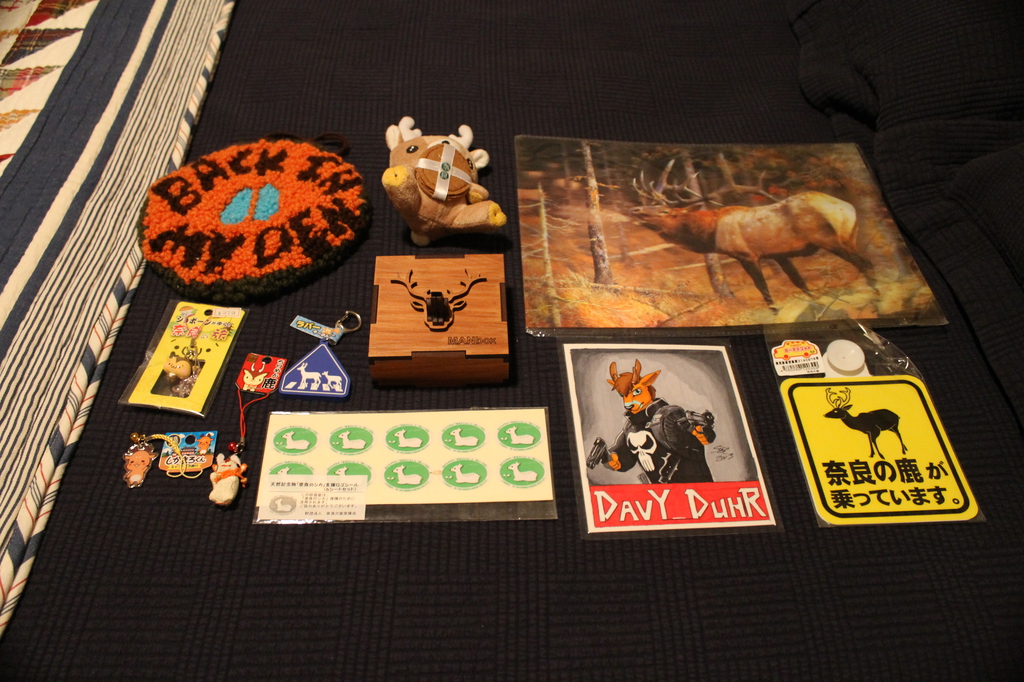 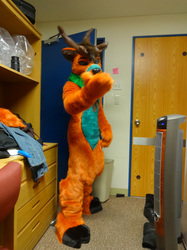 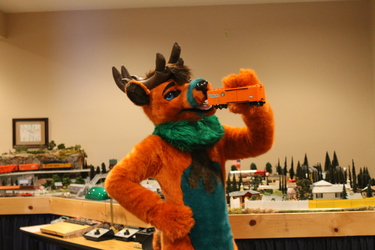 Gathered up some of the other little deer-oriented things I had lying around (I'll admit, it's only so much)...

-upper left; a rug punch I won from Janu, hangs around where I store my fursuit.

-upper center; sika deer cookie plushie, pretty much a food group for that species. ~~
-upper right; a changing picture between an elk bull and for some reason a whitetail doe. =s
-lower left; various deer trinkets from Nara City.
-lower center; a small wooden box from NZ, more than likely representing a Wapiti on the front.
-lower right; a badge I got made by coolsmac, and another deer crossing window sign