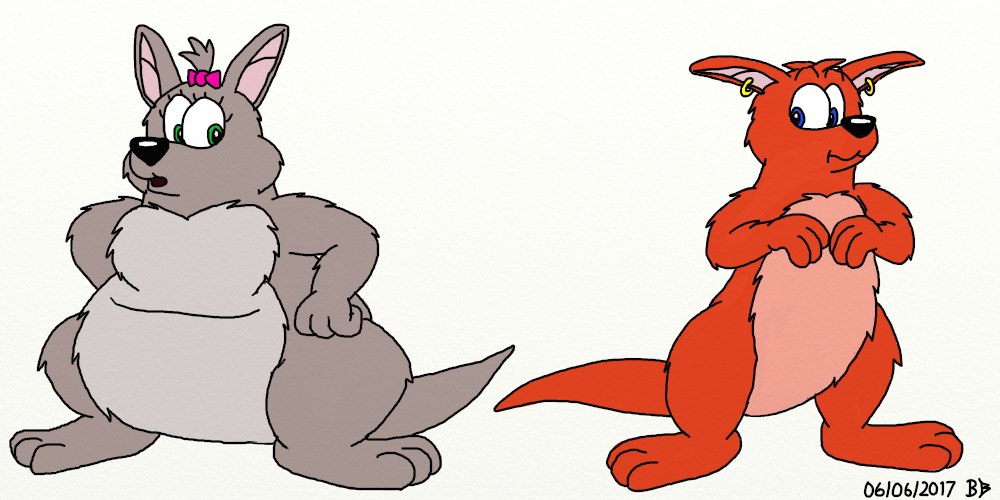 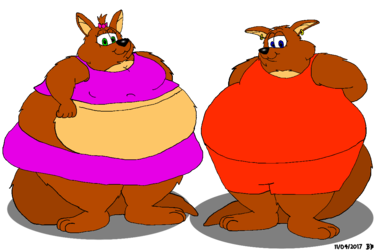 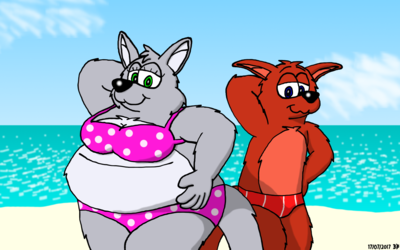 It's those two kangaroo siblings Kate and Kurt here, but probably not as you know them. The purpose of this pic was really to experiment with a different kind of anatomy as well as some art software I haven't used in a while.

I noticed how a few artists have drawn these two and other kangaroo characters with proportions more faithful to the species in real life as opposed to more human-style proportions used in a lot of anthro art, so I felt like trying it myself here. To add a bit more realism still, I've also coloured them differently; I guess I haven't specified exactly what species of kangaroo they are, but I'd imagine them as perhaps being red kangaroos, of which females and males apparently tend to be grey and red respectively. I also decided not to draw them with their usual clothes since I wasn't quite sure how they'd work for them in this form, plus I thought a more "natural" look might be fitting here (though I did keep their trademark accessories here in case they'd otherwise maybe look a bit too plain or even wild or uncivilised).

This pic was done in ArtRage Lite. I used an earlier version of ArtRage for a pic I did several years ago now, but seeing other people use it more recently inspired me to try using it for this pic in order to see how it'd turn out and gain some experience of using it.

At the moment, I'm not sure I'll be keeping these designs, but I wonder if I might use them again sometime. Since I have a pending commission of one of these characters, I want to point out that this is really just an experiment for now and I don't want anyone who's drawn them with their usual look to think they've got them "wrong" in any way.