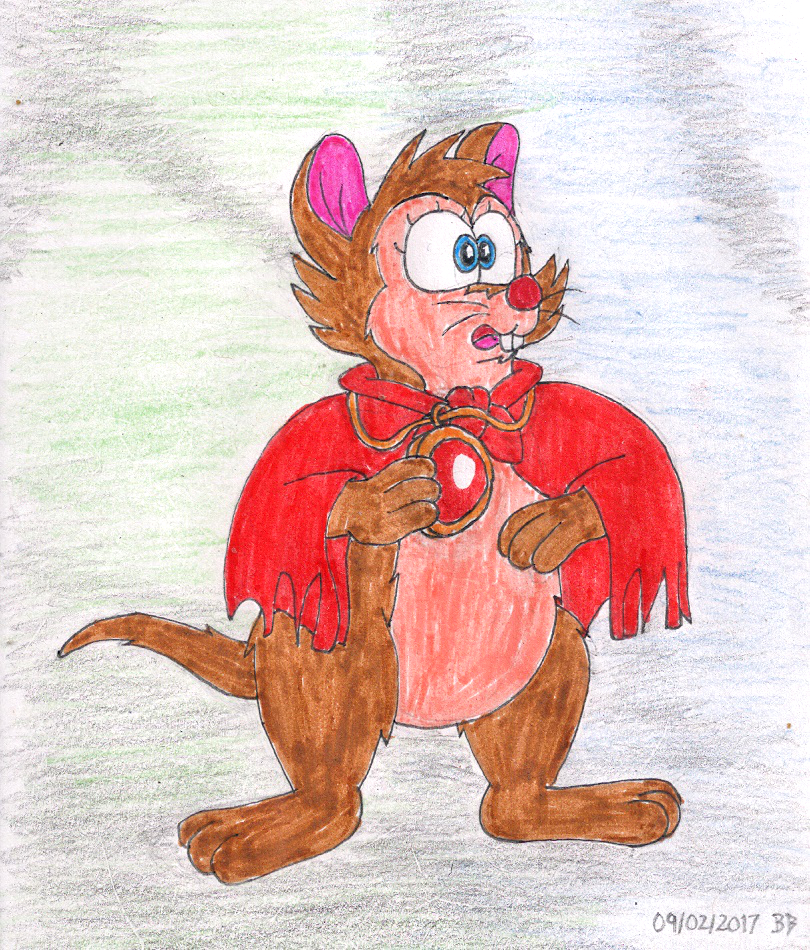 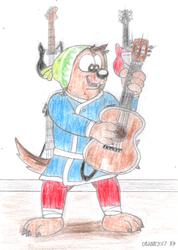 I felt like it was perhaps about time I made some more cartoon-related fan art, so I decided to try drawing Mrs. Brisby, a mouse who stars in the film The Secret of NIMH. I enjoyed watching it for the first time several months ago; it was really my first time properly watching a Don Bluth movie, plus I've never drawn fan art based on his works before. Unlike with most previous fan art I've uploaded, I tried adapting the character to my own style of cartooning; I used drawing and colouring pens for Mrs. Brisby herself here, while the admittedly rather simple and abstract background there was done in coloured pencil.