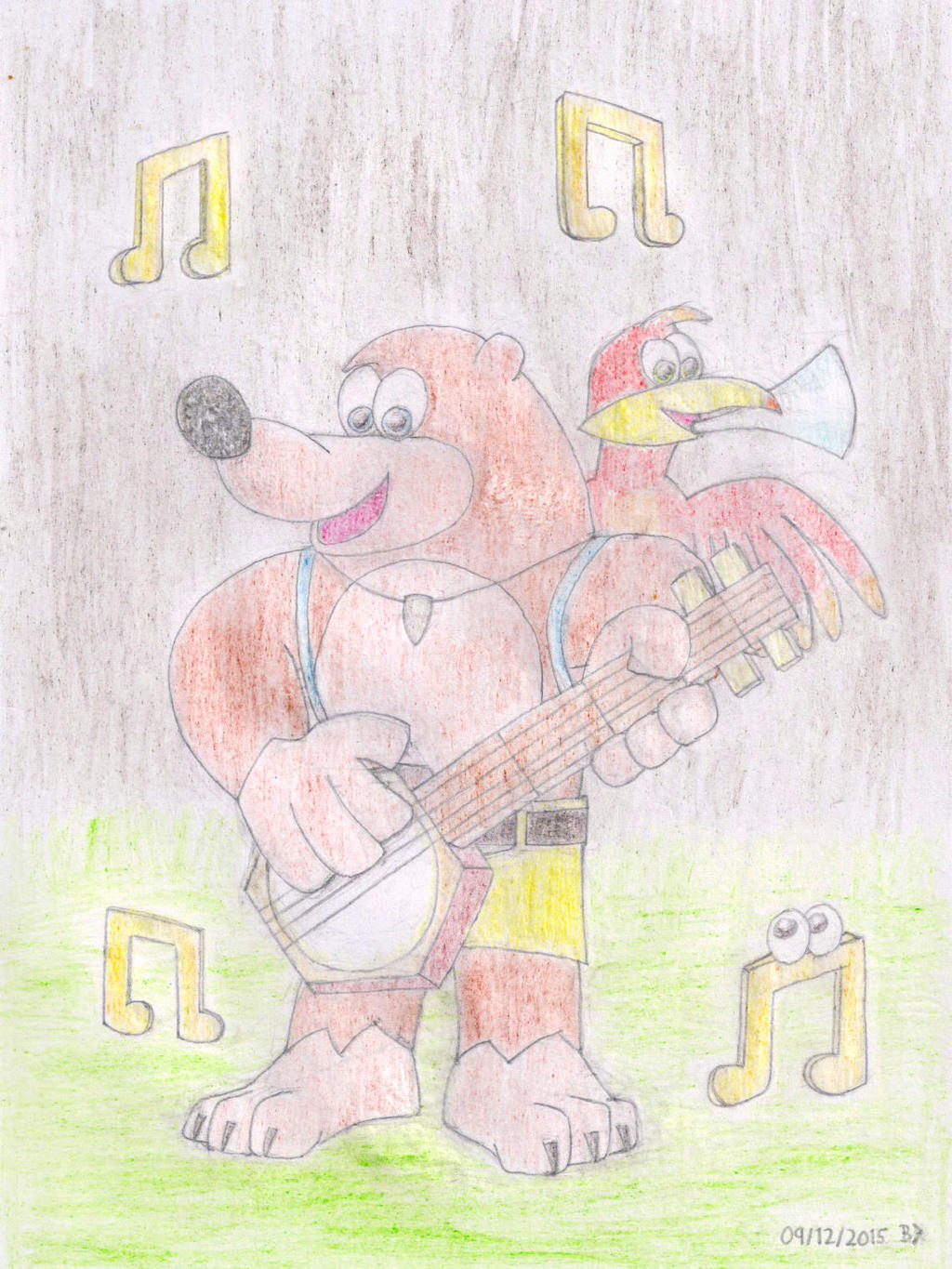 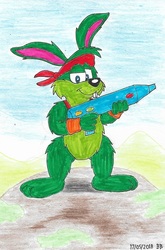 Here's some video game fan art of an old Nintendo 64 favorite of mine which I recently got back into on Xbox 360: Banjo-Kazooie. This drawing is inspired by the game's intro, and I drew the characters mostly based on their in-game polygonal models; also, musical notes like those appear in the game as collectable items. Making Banjo the bear's namesake musical instrument hexagonal was my own idea though. For some reason, I particularly liked his bird sidekick Kazooie when I was a kid despite her often-abrasive attitude.