Brief History of Galar by BronzeHeart92

In ancient times, Galar was nothing but dreary swamps and endless forests filled with creatures more dangerous than any Pokémon. Many millennia it had spend in that state until the First Ones arrived. With the unbreakable bonds they shared with their Pokémon partners, the First Ones cultivated the lands and made Galar hospitable for life human and Pokémon alike.
But it was clear their quest wasn’t going to be an easy one. It's as if the very land was actively fighting against their presence. Whether it was poisoning the water, enveloping everything in a dangerous mist or even siccing strange creatures against the perceived invaders (today's historians have theorized that these creatures didn't have individual wills like Pokémon but rather were extensions of ancient Galar's 'will'; further studies needs to be done in this department although it's conjectured that the Dynamax and Gigantamax forms that certain Pokémon can take are in fact a remnant of the power these ancient creatures once possessed), the deck was essentially stacked against the First Ones from the very beginning.
And yet, survive and settle this ancient region is what they managed to do in the end. One of the most common theories is that the First Ones found and destroyed objects known as Barrier Crystals (theorized to be left there by Zacian and Zamazenta to prevent an another Darkest Day from occurring after the Ancients sealed away the Eternal One eons ago), each destroyed one making a portion of the land habitable. Although the veracity of this claim is unknown at present, this claim might in part explain various oddities in the region at large such as the very presence of Glimwood Tangle that is said to be last remaining area closest to what the First Ones encountered (it's Crystal said to be still intact after all these years although no proof of it's existence have ever been found) and Slumbering Weald where both Zacian and Zamazenta are said to lurk (the dangerous fog threatening to swallow all travelers that dares to set foot in that place).
Today, Galar is considered as the most prosperous region of them all, a fact no doubt helped by the existence of it's famous Pokémon League watched by thousands across the globe. But despite the relative peace and tranquility, Galarians have always feared that the next Darkest Day might soon arrive. All that it would take is for someone with evil intent to find the Eternal One and have it cast it's shadows to every corner of the world. And indeed, it's said that many of the wars that Galar has fought such as the Great Northern War and the War of Conquest were partly motivated with finding the Eternal One and impose it's shadows upon the world, not caring whether the Eternal One would engulfe them in the process. 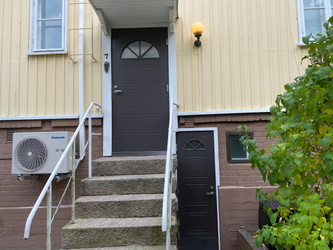 Galar and it's residents have faced tough times before it became the region it's known today.