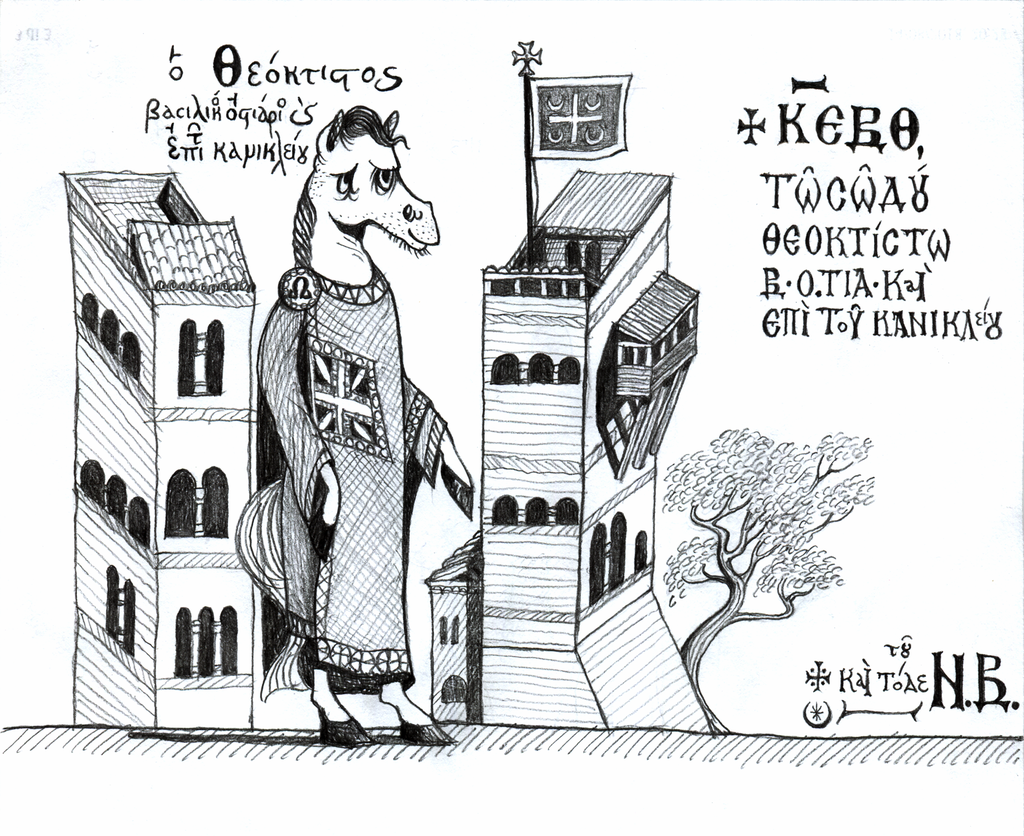 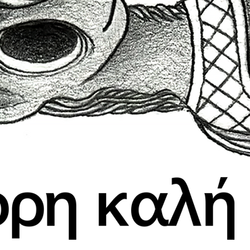 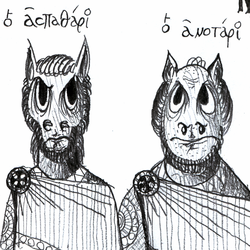 Sketch of my new byzantine pony OC, Theoktistos. Inspired by this byzantine seal from the 9th century (link to the website) among other things. By the way, I want to thank the Dumbarton Oaks Research Library for making their collection of byzantine seals available online (here's the link).

Some notes. The "Theoktistos" named in the seal is probably the powerful official of the Empire, logothetes tou dromou under Teophilos and regent of Michael III, who died in 855. In this picture he is portrayed as a high official of the Eastern Equestrian Empire, wearing his elegant chlamys (cloak). His titles are listed in the caption above his head.

Being a pious pony, Theoktistos ordered the scribe (me) to write an invocation to God (or to Celestia? I don't remember what the letters K E stand for) on the right side of the image.