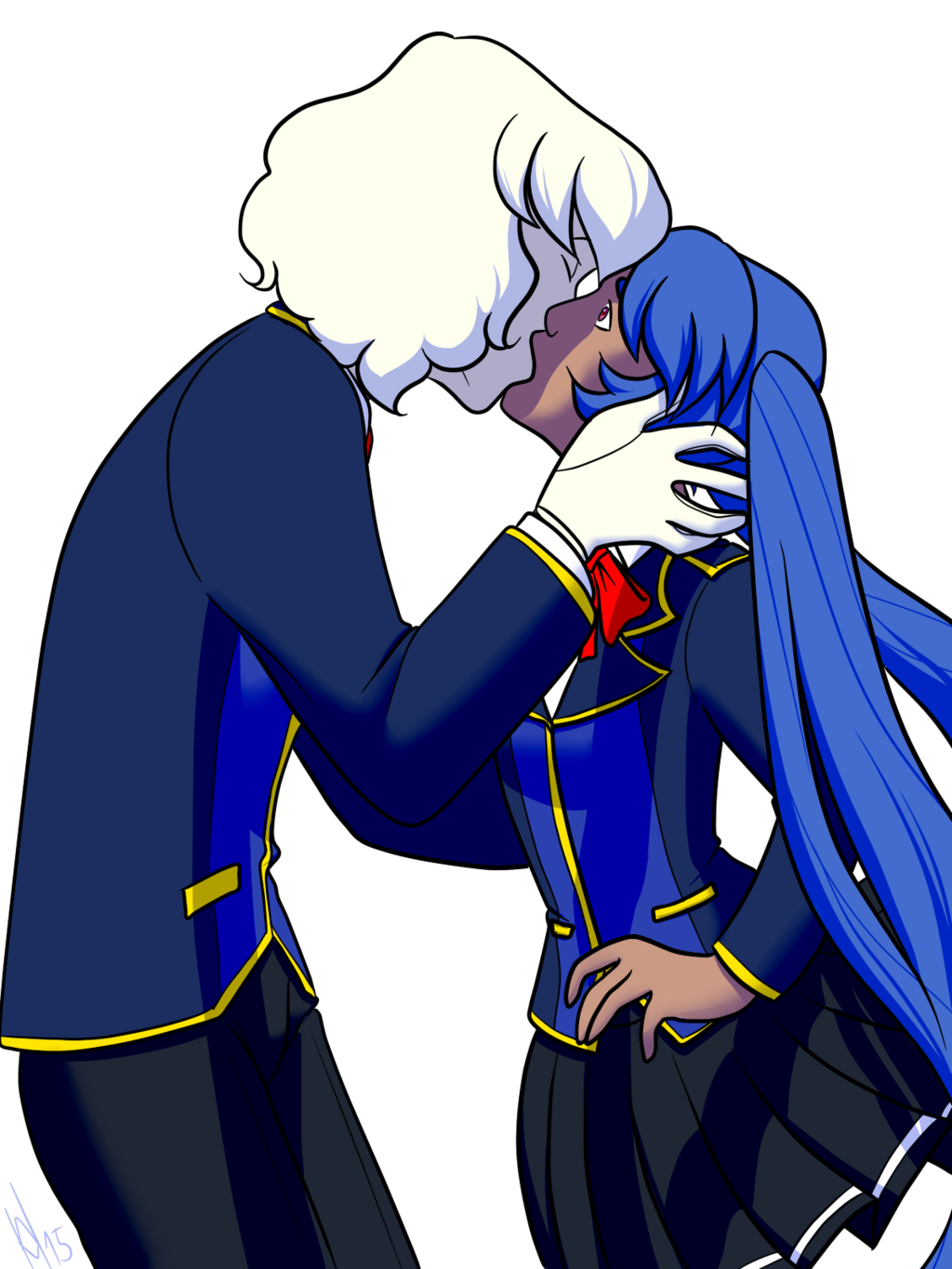 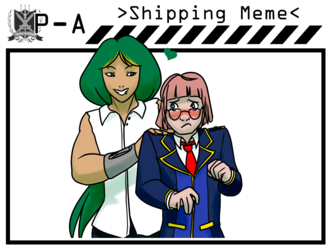 I browsed some bases recently, and thought that some of the poses and ideas are super cute. So I decided to draw them! For this one, I referenced this base.

First I drew Theo pulling Han closer by her robot arm, but then I decided to instead draw her without it. I always reflexively go into drawing people thinking about two arms, but Han is a whole being without her robot arm. I should draw her as just that more often, instead of filling the gap I perceive despite the lack of it in her character.