Bad place for a jock to be by B Pavlica 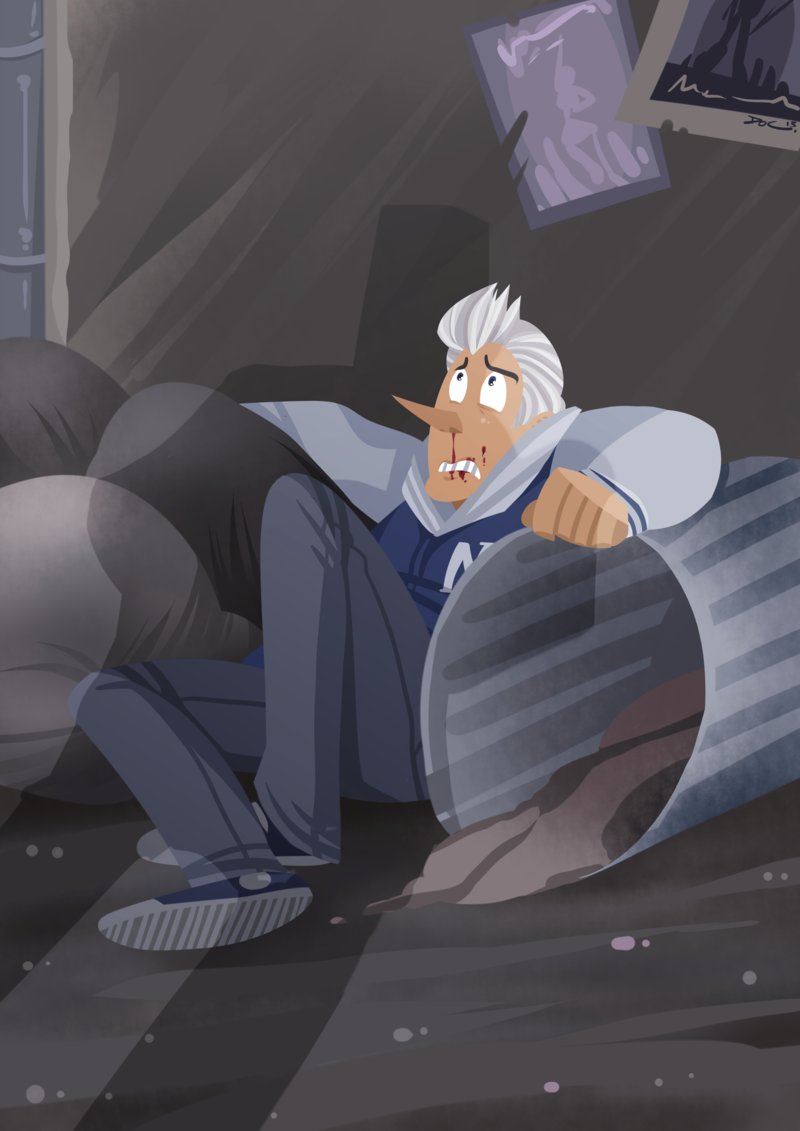 Bad place for a jock to be

Norbert is the son of Cecilia and Ferox.

Here, he's pictured in the modern time AU, getting his ass handed to him.

Norbert in the AU is much more developed than the canon story line Norbert, as he's a young adult here, and has much more stuff going on.

After his mother got divorced and started living with Pavo (well, it was actually Pavo who moved in), Norbert took it all very well, as he never really spent much time with his real father, and Pavo was around often, ready to play with the kid, therefore he was always closer with the peacock than he was with the swan father.

Norbert in his 20s spends a lot of time hanging out with the a few years older Auna, his childhood friend, and he is always ready to AGGRESSIVELY stand up for his bro if anyone is being a racist bastard.

Among his peers, Norbert is a cocky, popular jock, he plays a guitar, plays basketball, hangs out, and is generally well liked, but is also often picked on for hanging out with 'parrots' (racial slur for native Americans in this world) too much, often accused of being gay for sticking up for Auna (even tho Auna is physically far more capable of protecting himself than Norbert would be), and he made a lot of enemies during the years, mostly for punching the faces of guys who picked on his little sister.

I am still undecided whether he should or shouldn't be at one time kidnapped and held hostage, due to his father (Ferox) being the commissioner.