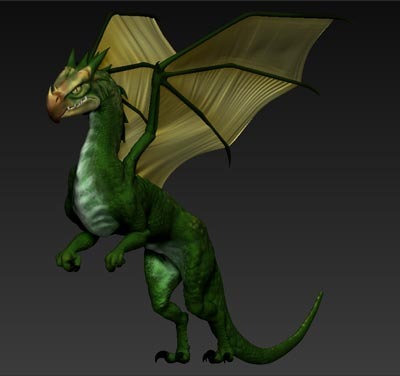 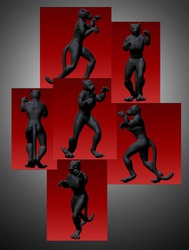 It's not often I do fanart, but I needed something I could use to try and get as close as possible to a picture already made. This one randomly became my victim, er, subject. Anyone who plays Dragons of Atlantis on facebook or kabam likely recognize him, though they're probably used to him in armor.

Zbrush again, and he went so much easier! I'm learning more about polygon counts and other things, so the whole process went a ton faster than previous models.