Progress Over The Years by BouncyBat 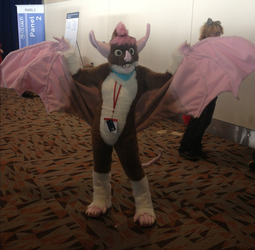 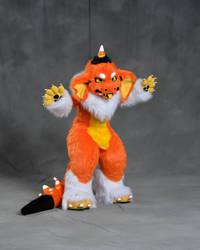 Progress Over The Years

I decided I might as well make one of these since I'll be branching out to pre-mades to sell starting in January.

Smeargle- My first ever fursuit I made. There was a marker present in the tip of the tail so I could actually "paint" with the tail, as smeargle does. A lot of short-cuts were made in the construction, including both the head and hands being completely glued. I was virtually blind in that particular head, and she is now retired.

Zubat- Most everything everything was sewn, except for a few spots tacked down on the head. The wings start to feel heavy after a long time of being in suit.

Lugia- This was a collaboration between a friend and I, and the suit was made for that friend. First full body suit with sculpted Digi-padding. We had tried to make the illusion of Lugia's long neck being arched in the back, but just couldn't quite get the construction to look right. I believe he has retired the suit.

Nidorina- Half suit, with more sculpted padding. First suit with moving jaw. All fleece has been hand sewn, no gluing. MUCH better vision compared to the smeargle, but the claws were made very bulky so some dexterity of hands were lost.

Fursona Suit- First non-pokemon fursuit. First suit used with actual faux fur. Wings are much lighter than zubat's. The mouth and the nose still bother me, so I'll continue to tinker and alter those portions. Once again everything is hand sewn.