Not sure what I'll do here in terms of posting stuff.
Sort of made this to give the site a trial run, see how things go.

I'm kind of just okay at everything, hoping something sticks out for people.

Prominent interests of mine:

Some fetishes of mine, likely the subject of future art and stories: 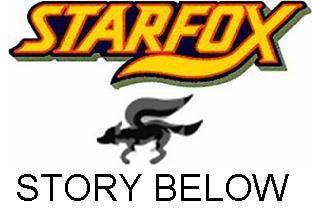 Following recent tradition, this is my new year’s resolution/aspiration journal. It’s already a good sign that I’m putting it up now instead of February like last year, so here’s hoping that’s a good sign for the rest of this year.

First of all, my Christmas was decent. The things I got this year were more practical and not really tech-related like last time, so I’ll spare you the list. I would like to give a shout-out, however, to a certain friend that was nice enough to gift me a hefty amazon gift card. That made my Christmas a lot better! I hope I can find a way to repay you.

While I think 2015 was a decent year for me, I share many people’s opinion that 2016 was a BAD, BAD year. Sure a lot of general badness happened, such as Trump getting elected and ALL THE CELEBRITY DEATHS, but I also have big personal reasons for that year sucking in my book.

I’ve LITERALLY spent the ENTIRE year looking for a goddamn job, and the only thing that has really worked out is just getting another freelance position from the magazine company I’d already been working for. In the meantime, my parents are trying to retire and move to a home they’re having built up in the mountains, and my lack of self-sustainability is holding them back. As a result, tensions are running high between us. I swear it’s a looping ticking time-bomb that goes off every few days, resulting in someone yelling at me about things I already know I need to do. It’s made me feel like such a burden to my family and put an enormous amount of stress on me, and this in turn has made me lash out at and let down some friends of mine from time to time. For that, I sincerely apologize. But time is running out, and nothing seems to be working. Please understand the stress I’m under, and be aware that I may need an outlet for my own aggression from time to time. Try as I might, all I’ve been able to find is freelance work and internships. But I need more substantial work and far more substantial pay, and I just can’t seem to find it. So unfortunately, I’m taking this problem through with me to 2017 as well. But unless I go an entire OTHER year with this same problem (which is just NOT an option at this point), 2017 should be an improvement. I sincerely hope that I don’t have to resort to something drastic, like moving to a new town just to find work. I’ve already done some substantial moving in my life, and I’d really like to stay here where my few actual friends reside and where I’ve grown accustomed to travelling.

Some GOOD things about 2016, however, definitely revolve around movies. Superhero movies ruled this year, for both Marvel and DC alike. I personally enjoyed both “Batman v Superman” and “Suicide Squad”, but Marvel’s efforts certainly reigned supreme. “Deadpool” was a wonderful recovery from how the character was portrayed in previous films, “Doctor Strange” was a solid origin story and a welcome addition to the MCU, and “Captain America: Civil War” ranks up there with the greatest superhero movies of all time. Certainly a great year for Marvel, but here’s hoping next year’s efforts like “Thor: Ragnarok” and -- most important of all -- “Guardians of the Galaxy Vol. 2” are even better! Hopefully the same can be said for DC’s contributions, such as “Wonder Woman” and “Justice League”. I know we all want them to succeed.

Also, as I anticipated, 2016 was a FANTASTIC year for animated movies too! Looking back, I think “Kubo and the Two Strings”, “SING”, and obviously “Zootopia” were three amazing stand-outs among the scores of animated films that came out this year. I’d still like to write a review for “SING”, as I feel there are at least a couple things to talk about with it, but I’m not sure if I’ll get around to it. “Kung Fu Panda 3” was slightly inferior to its previous entries but still enjoyable, while “Finding Dory” was actually an enormous disappointment for me. “Secret Life of Pets” was passable as well; its cityscape shots were GORGEOUS! I unfortunately didn’t get a chance to see “Storks”, but I was certainly aware of the movie and its concept. The same goes for “Moana”. Come this year’s Oscars, I REALLY hope either “Zootopia” or “Kubo and the Two Strings” wins Best Animated Feature. They both really deserve the title, being masterpieces in their own unique ways. If you haven’t seen them already, PLEASE DO! (There’s a bit of an excuse for Kubo, but you’re basically NOT a furry if you HAVEN’T seen “Zootopia” yet!) On the other hand, I will be SEVERELY disappointed if “Finding Dory” wins.

Also, to briefly touch on personal victories for this year, I have continued support on my ambitious superhero universe project throughout the entire past year. If you don’t know me that well, that may not seem like much, but I have a BAD track record of abandoning projects after a few chapters. Not only has the original initial story continued, but 3 more stories in the SUPERverse started up in 2016: “Fire Fox”, the “Thunder Pup” spin-off, and “Mighty O’s”! Here’s hoping many more stories start and finish in this beginning year, including “Tall Tails”, the fourth “corner” of my universe that WILL be uploaded onto FA as well as the official DeviantArt account!

Now, looking ahead to this new year…
As I mentioned before, I’m VERY excited for Marvel’s films this year. “Guardians of the Galaxy Vol. 2” just might be my most anticipated film of all time, and “Thor: Ragnarok” keeps sounding better and better as time goes on! First it was going to be a buddy space adventure between Thor and Hulk, and now Doctor Strange has also been added to the mix! Awesome! Plus “Logan” also looks very promising; here’s hoping Hugh Jackman sticks around a little longer to do a Wolverine x Deadpool movie though! And “Spider-Man: Homecoming” seems like it’s going to have a lot more Iron Man than I was anticipating, so looking forward to that!

Also, the Nintendo Switch! It seems like a great idea and exactly the kind of thing Nintendo should be doing, but I’ve got a lot of concerns about it too. There’s a video on my Sajinsgamertag YouTube channel that covers the intimates, if you’re interested. Hopefully all those concerns get put to rest when Nintendo properly unveils their new console on Thursday! And after that, I hope the Switch proves to be a wildly successful console for our favorite gaming company!

Now, to address my resolution for this new year…
While my resolution for last year was all about reconnecting with you guys, I’m sad to say I need to turn things back around for 2017. I need to get my real personal life together. I need a goddamn job, an ACTUAL job. I need to get my real life started; THAT is my resolution. That may involve paying less attention to my online friends and acquaintances, both before and after I get a job, and it may have a drastic effect on what projects I can get done on these sites, but it’s simply not an optional thing anymore.

Speaking of my projects…
In comparison to last year’s similar journal, here is a list of projects still important enough to me to potentially work on. These projects are all still on my mind and in my heart, but they have been separated into varying levels of motivation and confidence so you’ll know my feelings toward them. Keep in mind this only applies to story projects, specifically chapter-based prose narratives. Artwork, videos, and everything else is still up in the air and will be worked on when time and motivation are right.

PRIORITIES (will hopefully/surely get to):

POSSIBLES (will possibly get to if special circumstances occur):

NOT VERY LIKELY (practically giving up on these unless a miracle happens):

I hope to make progress this year on everything listed under PRIORITIES. They’re what I currently care about the most; I’ve promised them and hope to deliver on my promises.
POSSIBLES are a lot of older ideas with motivation/inspiration that’s harder to come by, but if I can find something to put a specific kind of fire under me, I could make some progress on them again.
Things in the NOT VERY LIKELY section I haven’t ruled out ENTIRELY, but I’m either not confident or don’t really care about the ideas anymore. If I have promised you ANY story over the past years, know that your project is likely a part of the “Various story requests/commissions” section.

I believe that’s all for now.
Let’s all keep our fingers crossed and hope this year turns out much better for us all.