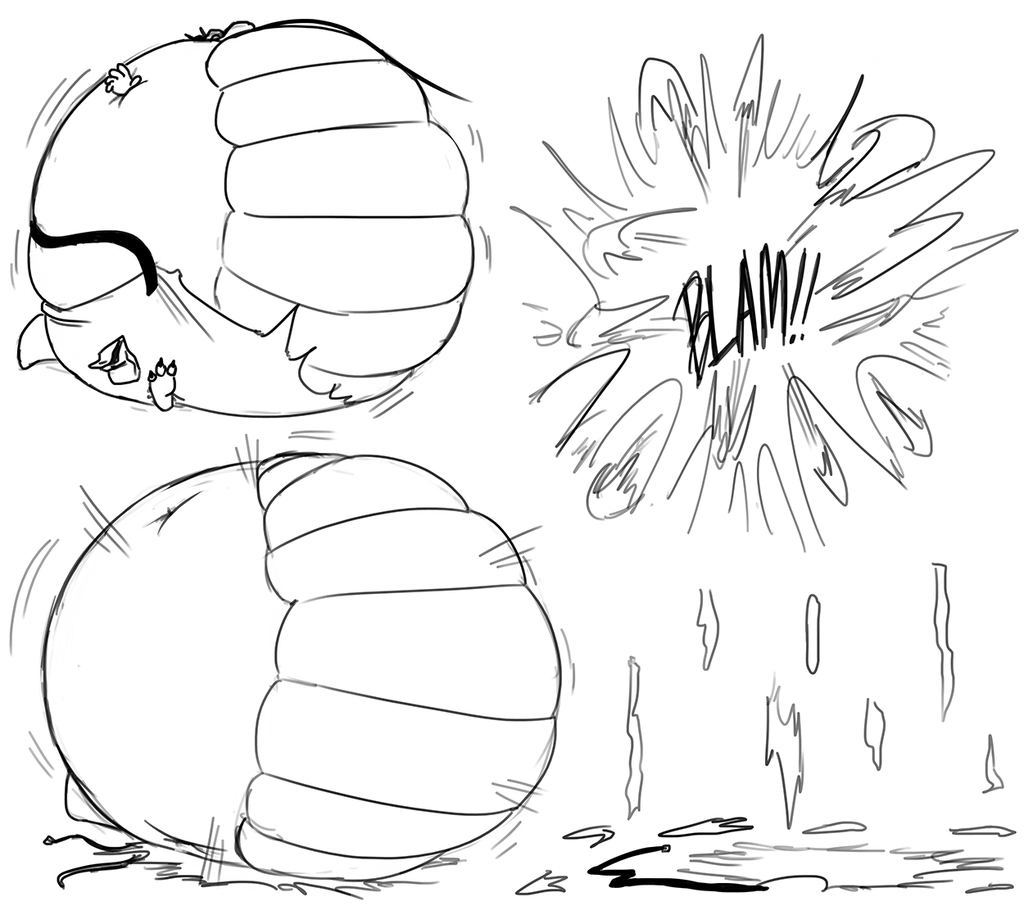 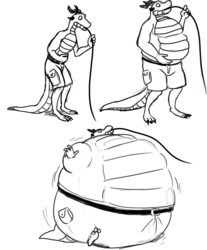 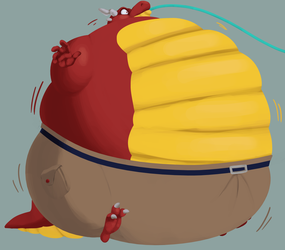 With a pop the belt buckle snapped under all the strain. The shorts didn't last much longer under the creaking swell of dragon flesh. Wiggling my hands helplessly I watched in horror as my ballooning body continued to grow due to the deluge of air. Those ever present groans and creaks of fullness were only getting louder, and it didn't look like I was going to be any smaller anytime soon. With a whimper head and limbs began to sink into my quivering ball of a belly as the squeals of protest reached a crescendo. Gritting my teeth against the pressure I closed my eyes as I stopped growing despite the constant influx of air......It was just too much.

This was drawn and colored by the amazing tehsquishyray who absolutely knocked the sequence out of the ballpark! Thank you so much for taking my silly commission idea!