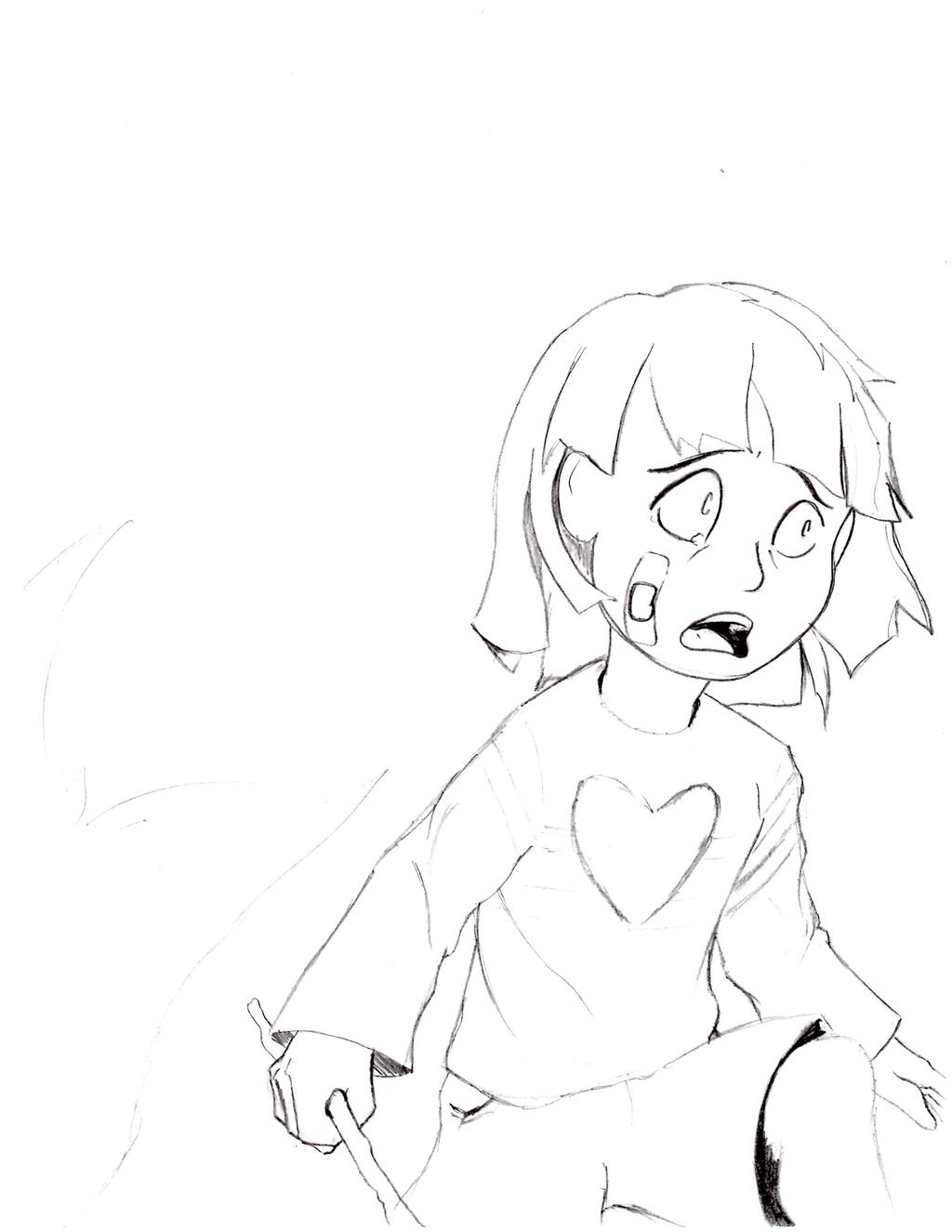 at this time i was trying to make undertale fanart of the moment you fight toriel... i believe the name of the song is called "heartbreak" and i wanted to capture both the fight and that word in one scene if i could. this would of been a 3-4 part work (this sketch and coloring, Toriel sketch and coloring, and the ruin made to work into both of them. and of course lighting, which would be the trickiest thing to work, but something i very much wanted to for the longest.

either way i started this about roughly 4-5 years ago but while i did Frisk's coloring and vector i never could get Toriel accurately. so it stalled until it eventually stopped.