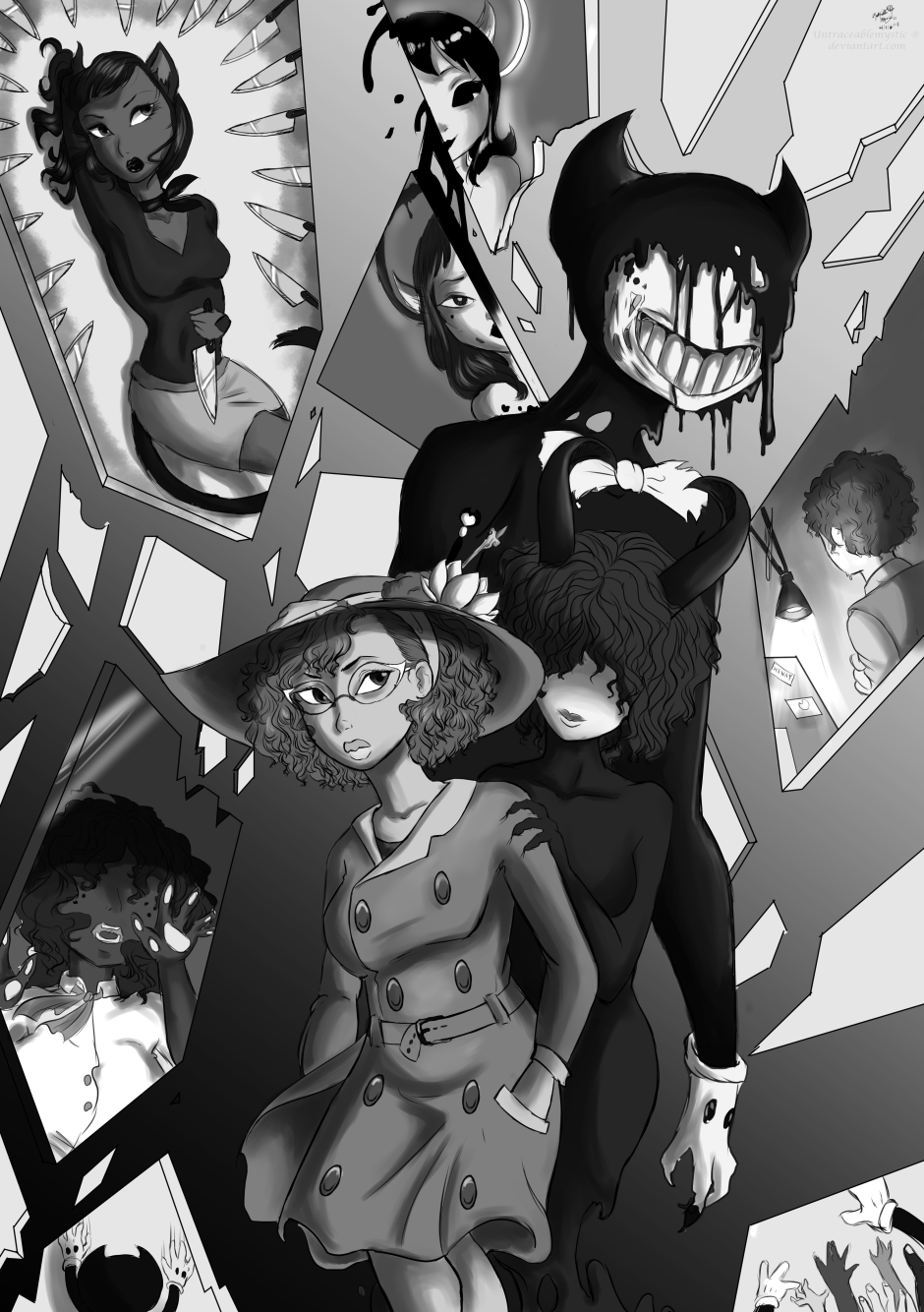 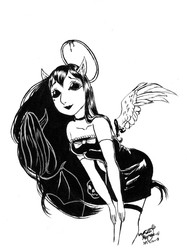 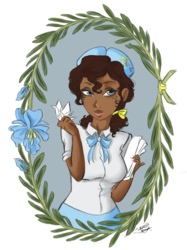 read comic here if you like;
Cover page: http://fav.me/dbdrbx2

This is based on a fan comic I'm making for the series. Process was interesting. I had an idea for a super detailed drawing and was debating whether or not to make a video on it. This took me over seven hours to make, with only six hours and fifty-six minutes making it into the actual video. I have to say for me, digital art isn't really faster than traditional. Counting time and drafting and such, takes about the same amount of time. (Forever...)
I do like how it turned out and I really like my lineart for this too. Still new to freehand but i think this is one of my better examples. Had to do it in grey scale. Greyscale is my bread and butter, color is another thing entirely to me. I thought about adding a sepia tone to this but I like it as is. Momo looks like she wants to stab someone , "bendy" is meant to look tall and grotesque. I have thyme (a character of mine) looking like she is from the ring , which is appropriate. Alice is kinda...split on some things. Henry (at least my interpretation of what he looks like) is visiting his old workplace, and there is broken glass everywhere. Don't play with it...

I tried to make the background look shattered here. A goal of mine this year would be to finish the comic and get more values in my work. I wanted this to have more of a painted look but it does have some soft shading here for the most part. I am super excited about chapter four for bendy and the ink machine, i was actually working on the draft of this when it was announced , so one for the rare times I have decent timing. ^ ^

Bendy and the ink machine belongs to themeatlygames and mikemood.