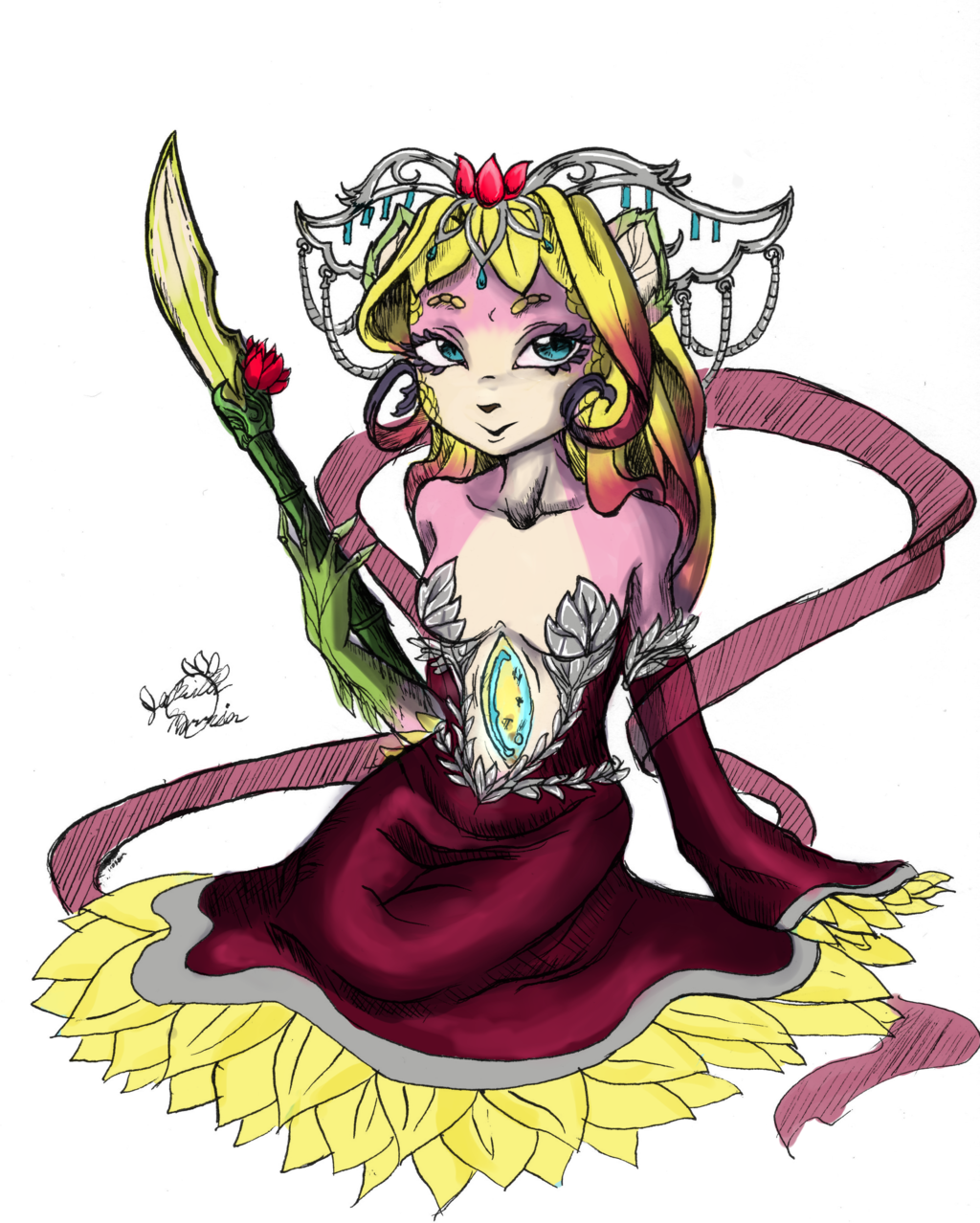 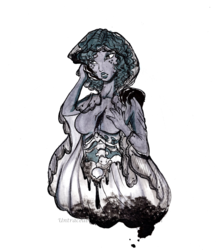 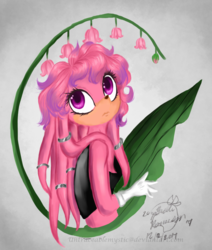 Did you guys know that the dahlia flower is the national flower of mexico? which is where most of the flowers originate from. The flower is also known as "Stars of the devil"? These flowers had importance in aztec culture as well. I hadn't realized I gave Lynette some Mexican influence until I revisited some things about the flower. Even her last name, "Juarezi" , has some influence in it.
Its really interesting , being that there is barely any physical influence but more underlining if you think about it. I dare say, Lynette's clothing looks like she garners influence from South Asia. I might give her a unique accent to round it all out and really make it rounded out. Heh. Regardless if her mix , she is an empress through and through. Kinda like a sundew plant in a way , she looks pretty , smells nice, cept instead of killing you violently you live but are never the same "you". That is one of the many powers of the Regal Empress.

I drew the line art traditionally but I colored her in clip studio. https://untraceablemystic.deviantart.com/art/Imperial-flora-713349916 The shading and the dress color gave me the hardest time.