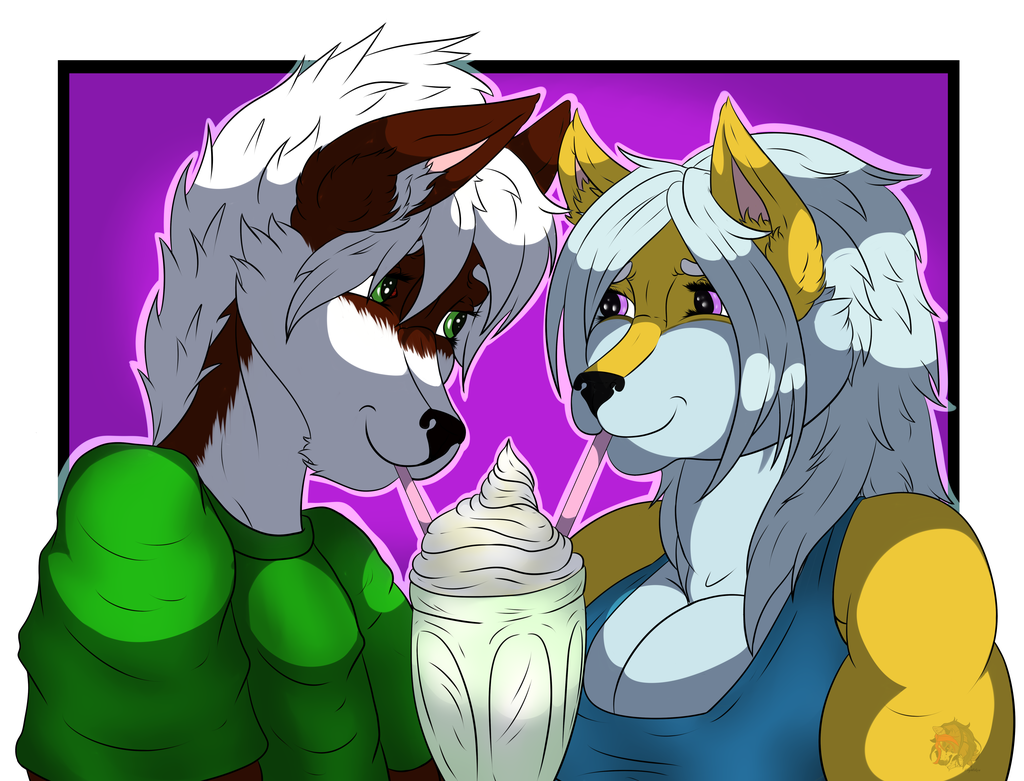 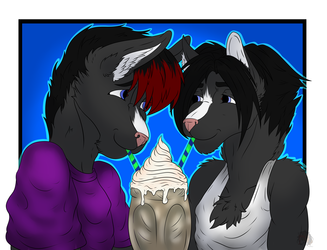 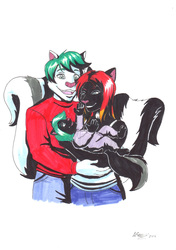 So much had happened since the very first time Ron and Jackie had met at college, with the first time they had crossed paths at the car park in front of the campus being one of the fondest memories they shared. It hadn't taken them very long to fall for each other like a house of cards, and very soon they were dating and getting together any time they possibly could. Before they realized it, things went so far as Jackie proposing to Ron on his birthday the previous November, which he had accepted in a heartbeat. Even between the violent arguments Ron had faced with his father over his printing business, once ending with his father stabbing him, and Jackie's sister despising him and attempting to destroy their relationship, they remained as closely tied as they ever had been before.

Jackie had managed to get herself a job at a book and literature outlet, whereas Ron had signed up for a medical course and had become the lead guitarist of Death Metal band Unprovoked Attack. While the time that they were parted during the band's tours was painful for both of them, Jackie knew that it was one of his deepest aspirations, thus didn't try to talk him out of it. Thus, when she picked him up from North Archeria's main airport after his most recent tour, she vowed to show him just how much he meant to her by taking him somewhere he'd never spoken about, but which she had wanted to show to him. They didn't speak for the entire three hour journey, for Ron spent it sleeping in the passenger seat, and Jackie didn't think he'd appreciate being woken up.

When they approached Weron, she drove not to their home, but instead to the Silver Trinket café in Hafna City, which lay on North Triston's eastern coastline. She'd remembered him wanting to go there, but he hadn't talked about what he'd wanted to eat there. So, when she pulled into its car park, she shook him awake, speaking softly to him.

"Hey Ron, we're here." said Jackie. Ron grunted, and it was a moment before he fully opened his eyes.

"Hafna City?" he said. "Where's that? I thought we were going home?"

"I thought my favourite foxie deserved a little treat." replied Jackie. "Do you remember the time you said you wanted to go to the Silver Trinket?" Ron's eyes brightened up.

"That's my foxie." simpered Jackie. And with that, Jackie helped Ron to his foot paws, and they ambled into the café together.

Once at their table, they placed an order for a banana milkshake. Remarkably, Ron seemed very alert now even though he'd had less than half the amount of sleep he needed. But Jackie knew he would eventually need to sleep again once he got back home.

"I missed you this past month." said Jackie. "How was the tour?"

"The crowds loved us!" beamed Ron. "It's the biggest tour I've ever been on, and we dazzled at every place we went to! I know Death Metal's not your thing, but Jack, I wish you could have been there!" At that moment, the waiter, a lanky human, arrived with their milkshake, and left with no words, but showed an endearing smile as he left.

"I don't know how that bat in your band does that with his voice." said Jackie. "I mean...one minute, he's screaming like a banshee, and the next, he's making sounds like a generator."

"Vic's been at it for nearly twenty years now." said Ron. "He's the real star of the show."

"I bet he is." said Jackie. And at that moment, they leaned forward, each reaching for one of the straws. As they drank, they held hand paws, getting closer and closer until they met in a warm embrace.

"I'm so glad to have you back, Ron." simpered Jackie.

The second of the YCHs I bought from Lightikea has not come as a disappointment to me, and shows two characters I haven't had drawn for quite a while, Ron and Jackie. I think they look so darling here, and I really think I should do more with them. ^^;