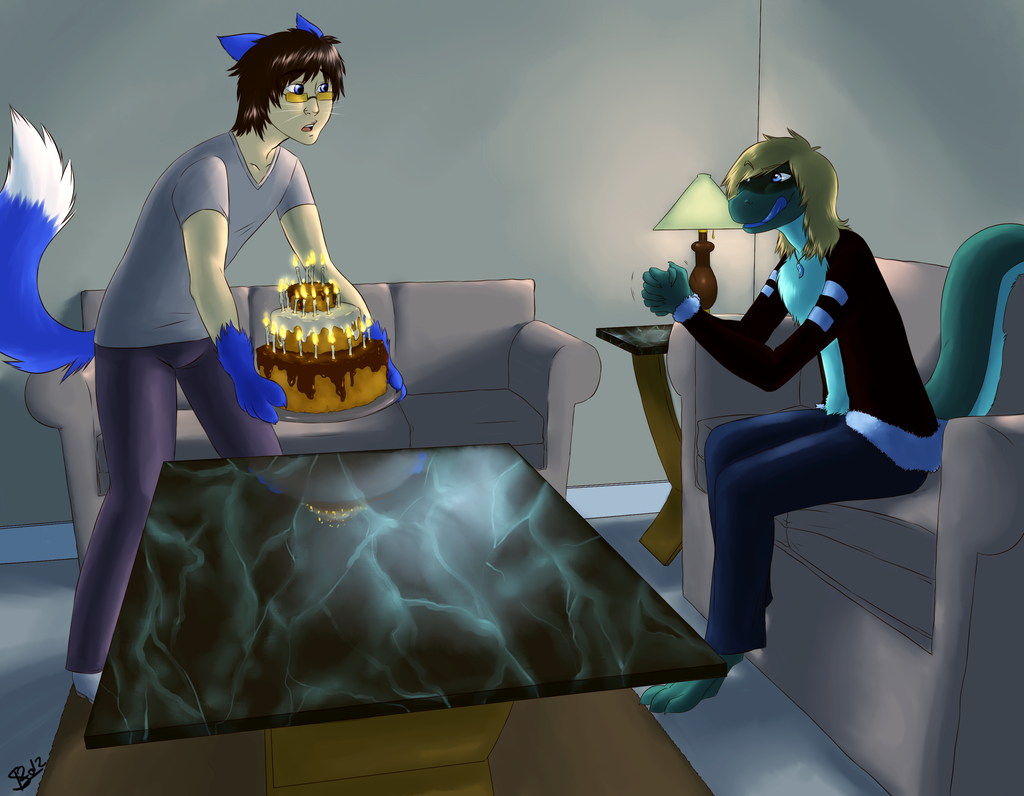 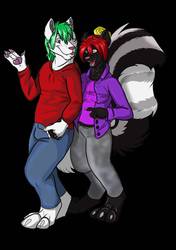 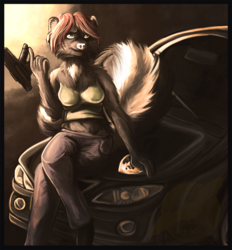 Night had fallen by the time Wesley had reached Shorzie's residence, and he could feel his nervousness overtaking his every other emotion at that point. Enthusiastically, the fuzzdragon came to the door with a smirk in hand the moment he saw the catboy on his doorstep, friends in tow since having met a few months after Wesley had moved into his new home in Smokestacks. The two had quickly formed a strong bond with each other, a friendship that spoke of grace, exchange, value, and secret delights, all under the same name - but which had also resulting in Wesley accidentally giving away some of his weaknesses, which Shorzie had often taken delight in playing upon. Often he would react with fear and uncertainty whenever Shorzie did this, although on some occasions, he had found himself secretly enjoying them, even some of the ones that required a more risky approach.

Nonetheless, he'd remembered every occasion on which they'd met fondly, and the two had soon begun to fluently socialize with each other on the two white sofas Shorzie had purchased with him by his side. With a delighted smile, the fuzzdragon announced his plan to spend an evening out with his friends, and that Wesley could come along if he desired.

"Hold that thought," smirked Wesley, "wanna see what's in the box I brought over?"

"Sure thing." smiled Shorzie. But he remained conscious of the fluffy dragon watching him the entire time as he unpacked the multi layered birthday cake he had brought over, and then lit the candles one by one under the table. When he lifted it back up, however, fear began to race through him, for Shorzie was licking his lips with an expression he recognized instantly.

"Uh, Shorzie?" he asked, his voice wavering. "Why are you looking at me like that?"

"Oh, no reason, kitty cat." grinned Shorzie. But Wesley had guessed the true meaning behind this tone and the salivating mouth he kept facing him. Shorzie didn't just want the cake for dessert - he wanted him for his main course as well.

This amazing picture was purchased from a good friend of mine, Disco-Deadpool from DeviantArt, who has worked her fantastic style of magic into this belated birthday present for another great and treasured friend of mine, Shorzie. In celebration of his eighteenth birthday, our Fursonas Wesley and Shorzie get together on the day, but as we can see here, it doesn't quite go according to plan...at least, not for Wesley anyway. >.<

Our apologies for the long wait, but I'm delighted to have you as a friend, and am glad you enjoyed your birthday too! =D