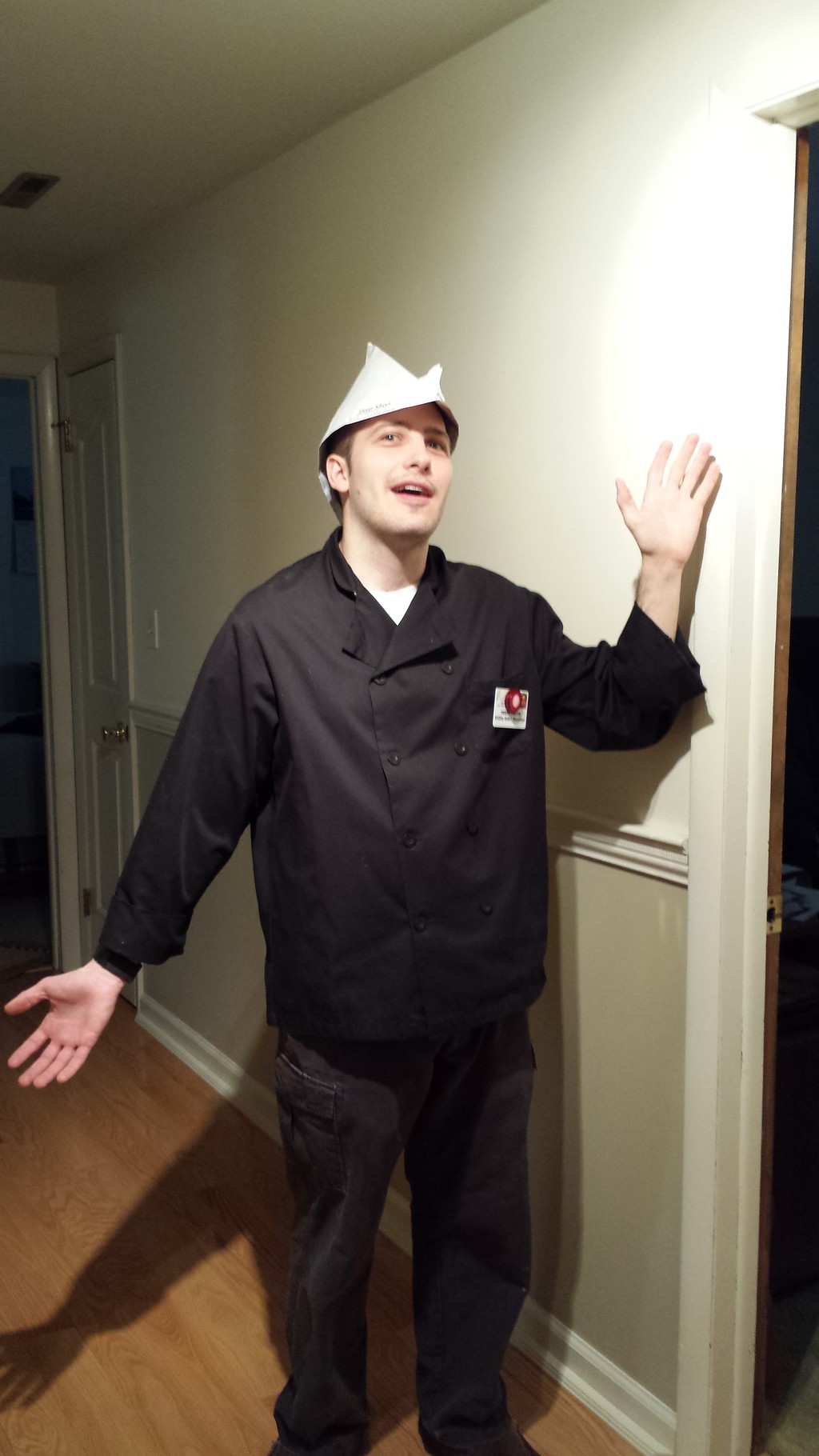 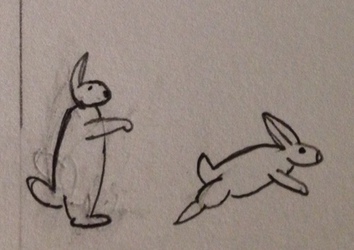 So this is what I cobbled together last-minute for Friday past. I'm supposed to be the Chief Executive Chef of the kitchen where I work, but I lack the bushy mustache and his beer gut. (In my defense, I did refrain from shaving the modest facial hair I had so that I could weakly imitate his feather duster).

Chef coats can be pretty pricey online (yes, even on eBay); I have a black one and a white one, both for free since I was given them to dress properly when serving meals in the dining room years ago. Kind of wish I had a blue one, but oh well.

Pants are a required part of work uniform, bought them myself.

Paper hat is made of four sheets of basic white paper taped together (I used leftover scrap paper from work, so if you looked closely you could see old schedules on it). I tried using newspaper, but the dimensions are terrible: the pages are tall enough but too narrow, and using a joined page doesn't make a difference. The Chief EC wears these "shark fin" paper chef hats, nobody else uses that style, and since I didn't know where he kept them, I just went with this.

I used an oatmeal box and magic marker to replicate his glasses (not shown, I threw them out at work before the picture was taken).

It was really very funny, since the CEC: calls everyone "chief;" eats damn-near everything, and in the weirdest order (large roast beef sandwich for breakfast, for example); is legendary for saving money; wears a bunch of men's jewelry.

I don't have much jewelry, but I was able to mimic everything else (well, except for the mass eating bouts he performs). Everybody was kind of amused by it, though since I was on break when she came over, the Manager of Dining & Hospitality missed seeing me in this getup. Shame.