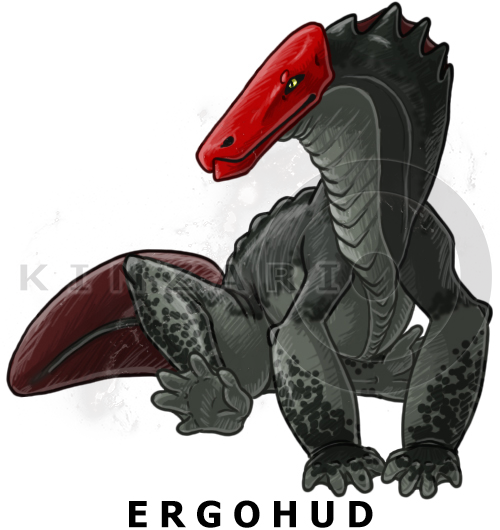 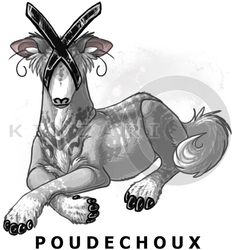 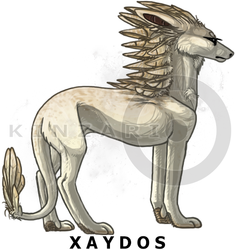 Spending most of its life in the waters of the river swamps, these somewhat feisty omnivores like to howl at each other, even under water. Despite their total length being around that of an Earth manatee's, they scamper along land fairly quickly to evade their only real predator and to find a place to sleep. Ergohuds' bright red faces help them to distinguish individuals from the murky surroundings, as their eyesight isn't all that great. Their diet consists mostly of underwater plant material with occasional small water critters to supplement; their teeth aren't large enough to snag any of the larger possibilities and they lack a real hunting drive, making the Ergohud a safe bet for a companion-- if you don't mind spending much of your time around water, that is.