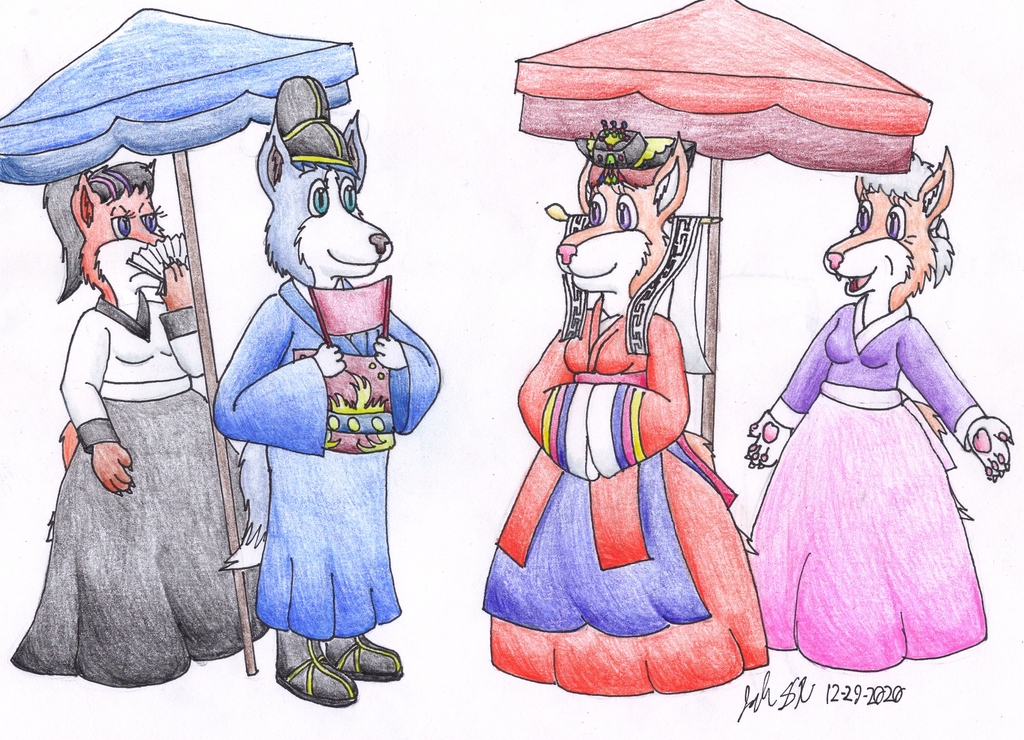 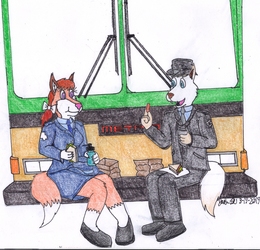 It's been so long since I've drawn Omni and her boyfirend Met whom I've made some slight redesigns to. To the point where he's resembles a platinum fox but he's blue rather than gray although realistically red foxes all have black noses.

Anyway ever since they first met Met and Omni have kept contact and Omni's grandmother Chloe concluded that they were missing a man in the house. So Omni and Met went and closed off their relationship. Here they are getting married. They've had several witnesses including Grandma Chloe and Omni's gothic sister Gretta.