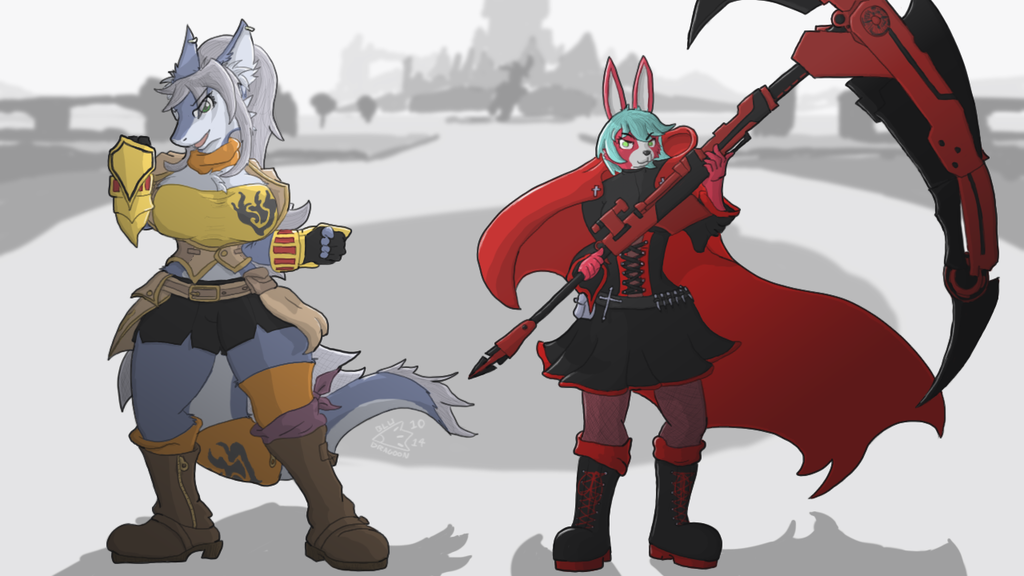 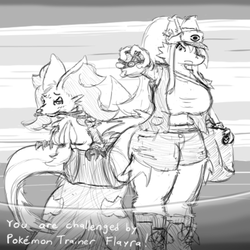 Since Flayra and Lydia are the cosplaying type, and I've been on a RWBY buzz for the past couple weeks, figured for Halloween I'd do a pic of them as characters from 'da show!

Flayra herself is a brawler, so I just had to give her Yang's costume, and

garyphon suggested Ruby for Lydia! She IS pretty red, and they're almost like sisters anyways so it works out!

I'm trying random crap with the shading, hopefully it's mildly noticeably barely not at all better than my normal stuff, lol.

Fun fact: that scythe was the easiest part of the picture >.>
ADDENDUM: LYDIA NO RED ANYMORE T^T