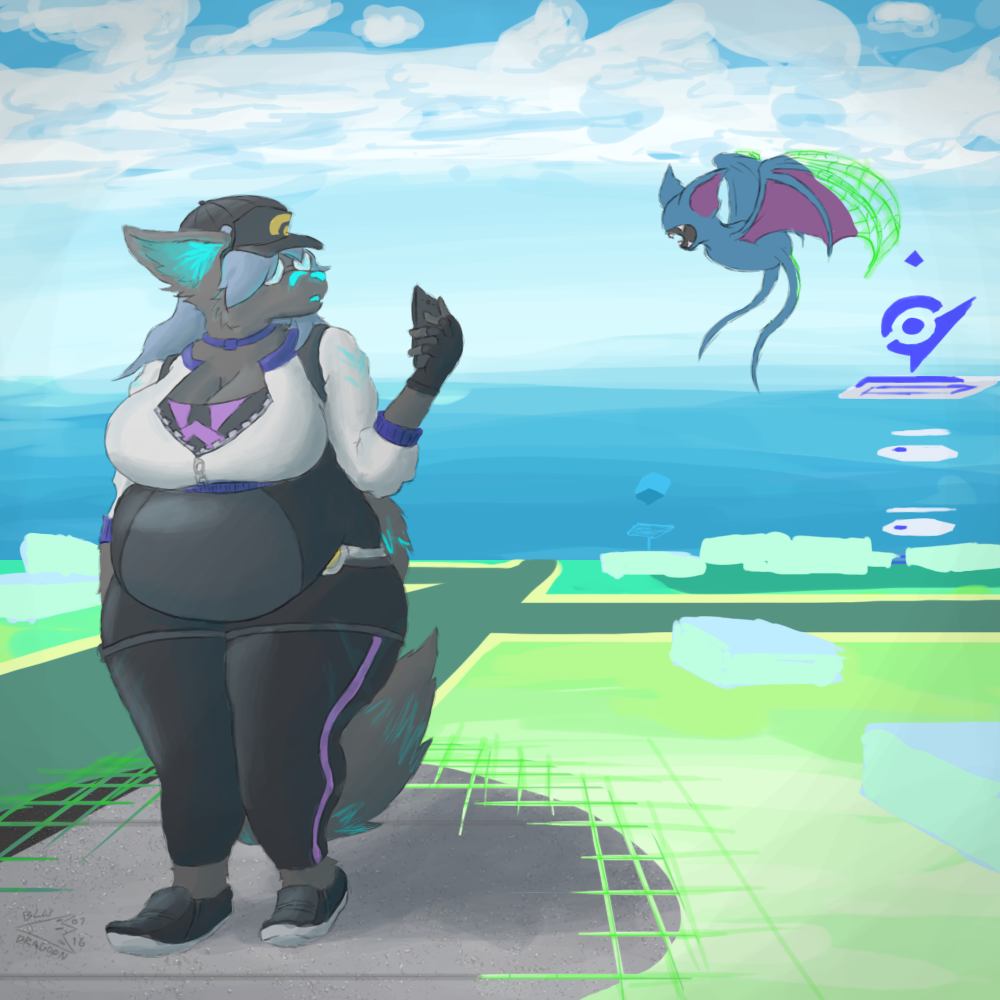 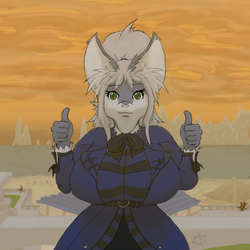 Geez, another one? I need to go somewhere else...

Hey guys! I'm here to tell you about this very obscure game that I'M PRETTY SURE you haven't heard of at all called Pokémon Go!
I'm very surprised it's not getting ANY coverage on the news or the internet in any way, shape, or form!
It's Pokémon but you walk outside and around the world and catch them on your phone using your camera!
HOW COME NOBODY KNOW ABOUT THIS GAME?! NOBODY!

Anyways I named my trainer Ysuffie. And as per customs, I draw my characters in the garb of the in game character named after them!
Hope she doesn't do TOO much walking, or else that outfit is gonna get all loose on her!
Time to take her to a Pokéstop and load up on food so that doesn't happen!
Better double the Pokéstop breaks just to make sure!