50 Shades of Omega by BloodhoundOmega 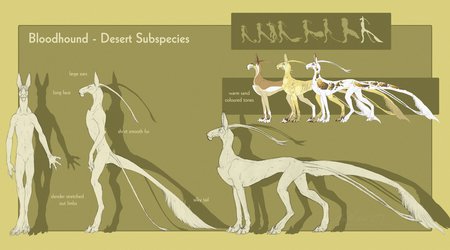 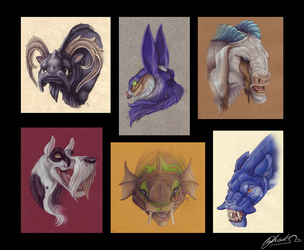 A whole while ago I had applied to join a certain project and was declined with the comment that "my art style wouldn't fit the entire thing". I checked their homepage and found a few pieces that were what I'd call semi-realistic to realistic style, which is - I guess - what you could call my main field of expertise. I was rather taken aback by this as I contacted these folks again, stating that I could adapt to many different styles. I never heard back from them again.

I guess this hurt me more than I wanted to admit and I started this little thing mainly as a proof to myself that I was capable of more than just ONE style.

Those turned out to be all black and white because otherwise I probably would have lacked the consistency to finish them. ;) All in all I am rather proud I brought this to an end. Some of those were clearly drawn in already existing and (famous) styles, others might be indirectly influenced or are drawn in certain art styles and again others are what I'd say "my styles".

Anyway, this turned out to be another case of tl;dr so I'm gonna leave you now. ^^