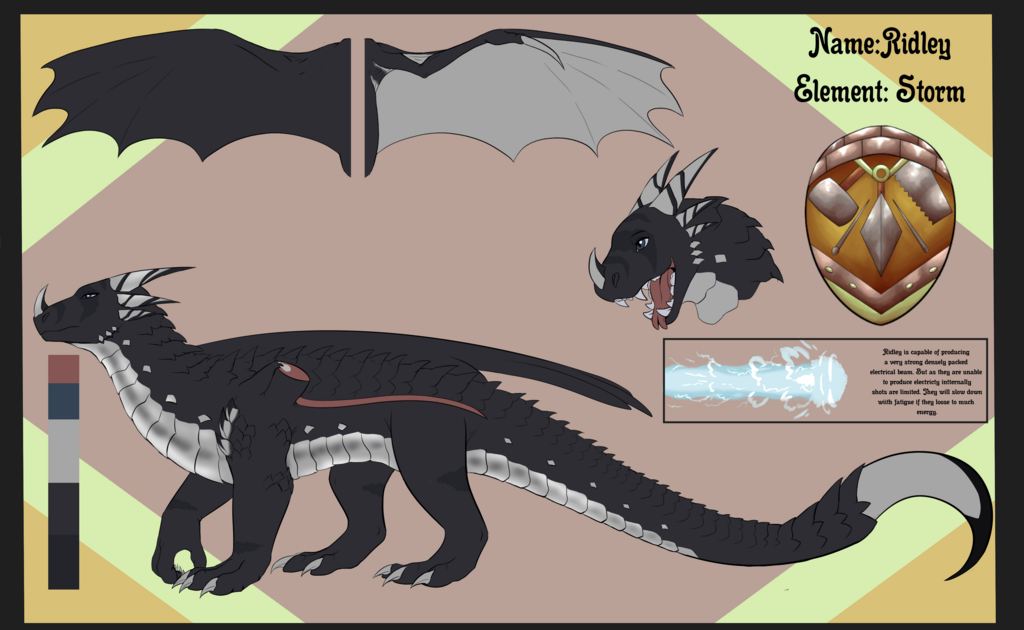 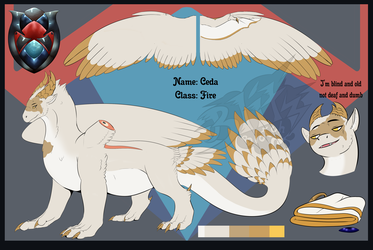 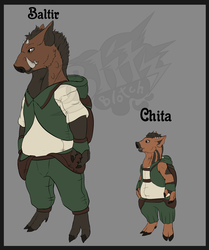 
Job: Parcel Courier(computers arent really a huge thing yet also I think they might be bad for tech.)
Description:
Ridley is a rather average sized dark grey dragon. On all 4's they stand at 8.3 ft or 255cm. They are coated in sharp scales that can damage skin if rubbed the wrong way. With protruding spikes on their back.Their tail has a single strong hook, used in climbing and hanging more than anything, but can also be used for holding or fighting. They have a taste for ores and meat, but will eat other foods without fuss, usually.. They're attracted to stormy weather and electricity. While drawing in electrical forces and magnetized items passively.

They hate salt water and things that will cause her scales to rust.