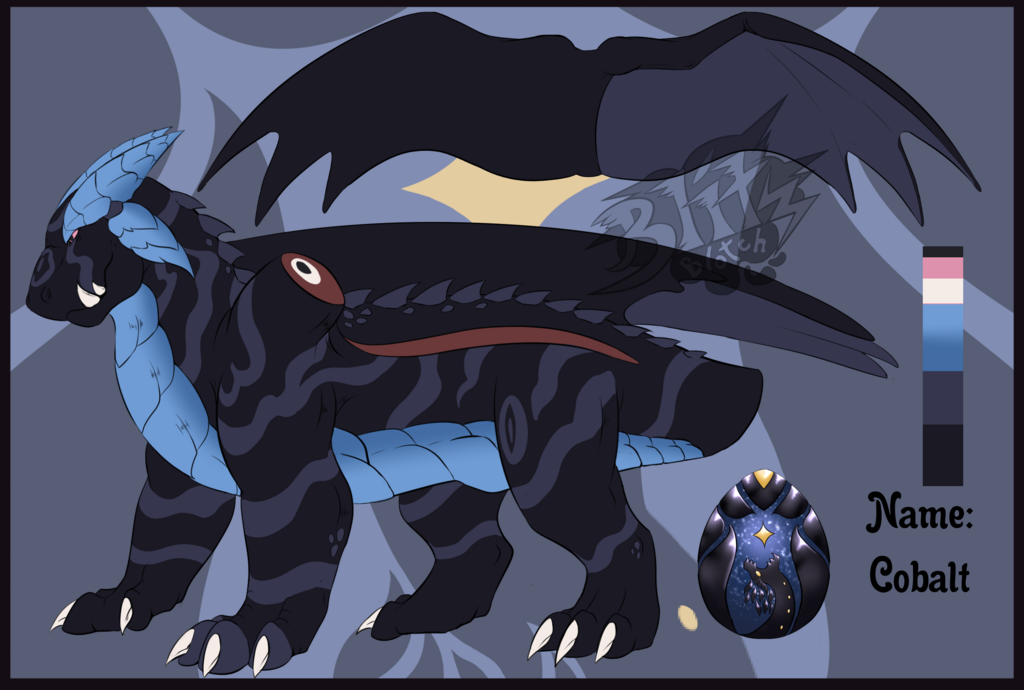 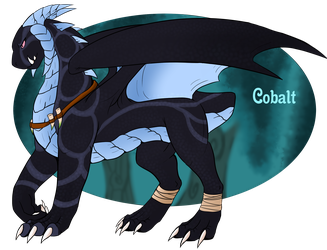 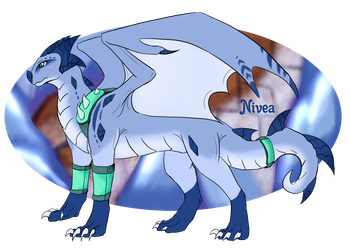 Cobalt is an unnaturally large dragon, many years in as an outcast as changed his form and increased his size. The location he has resided in is known for fauna and flora being relatively toxic to invaders. The ability to eat the native creatures may be related to the unnatural growth and power of this dragon. A good potion of dragons that have entered his territory have never come out.

From metal linage, this dragon lacks the heavy metal plating that is iconic of this species and instead has normal thick scaling, as well as lacking the hot breath needed to process raw ore in the body. His thick hide is very muscled and is good for high strength activities such as digging, fighting, hunting large prey, and knocking over heavy foliage.The markings on his body tend to cause confusion to potential enemies and prey, it is not suggested to look at them for a long time.