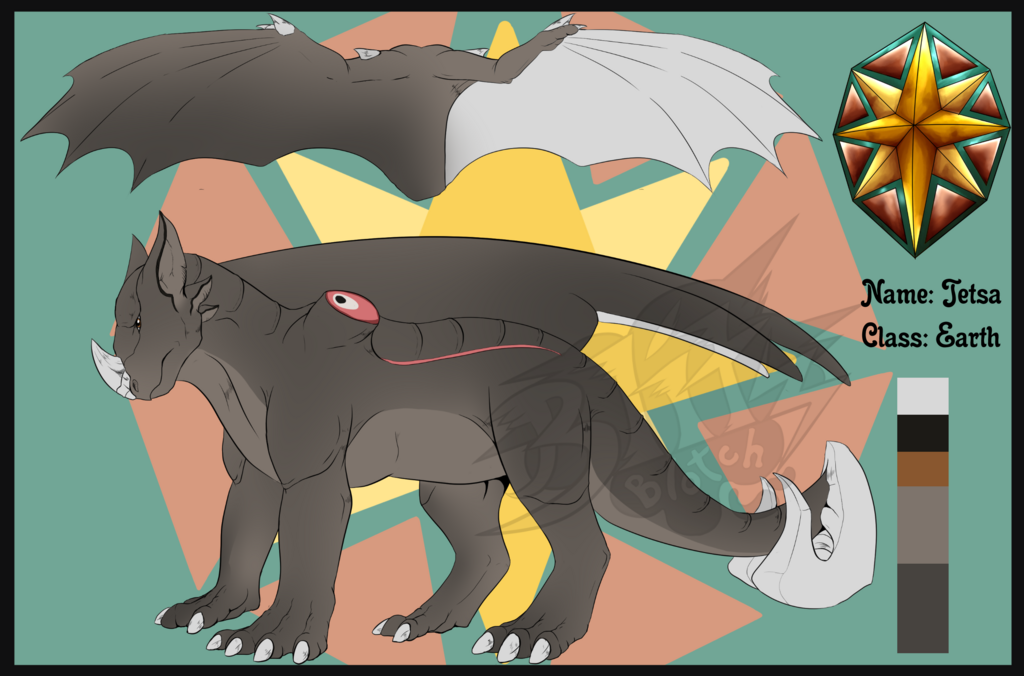 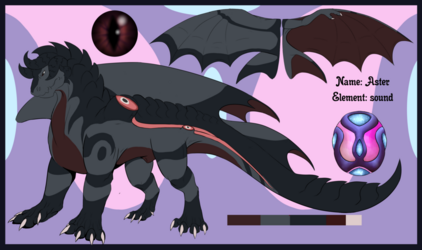 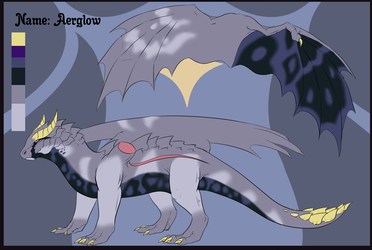 This earth class dragon sports a thick tan hide, giving them strong defenses against attack. The small eyes and large ears infer the dragon has a better sense of hearing then sight. The horn blocking site from what's directly in front of them however works as a pretty obvious and dangerous weapon. Combined withh the thick muscular legs this dragon is a force to be reckoned with if charging.

The tail is equiped with a large growth, that is used like a club making being in front of behind this dragon rather dangerous.