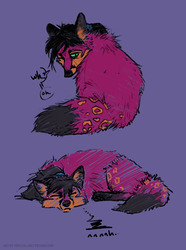 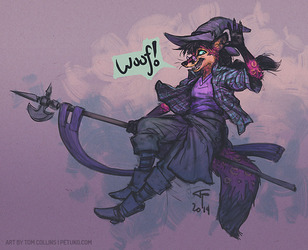 Based on the Object 137, a test-bed for improving and modernizing the suspension and power train of the Type-43 cavalry tank. It underwent trials as Object 139 in c.348, but was not initially accepted for mass production until a year later when an order for 200 such vehicles was issued, to bolster defenses on the Koshyan-Daubich border. Around 130 vehicles were built from c.349 to c.352. The vehicle has since been phased out of the Koshyan military and a majority of the remaining vehicles were exported to allied states, including 46 vehicles sent to Anchortop in c.363 which remain in service today.

The SP-112 carries a 112mm cannon (originally adapted from an anti-aircraft gun from the early c.340s) and is capable of firing a variety of shells. Those still in service commonly carry a supply of modern APFSDS rounds in addition to conventional high-explosive shells. Though nowhere near as common as the Type-101, it has proven itself an effective tank destroyer with a small profile and good mobility. It is also commonly used as an assault gun or as self-propelled artillery.

Finally feeling well enough to work today, so I did a quick warmup to get the hands and brain in gear again. Rough sketch of an idea I’ve been wanting to do for a while. Wrote up the text as I was taking a break to eat.