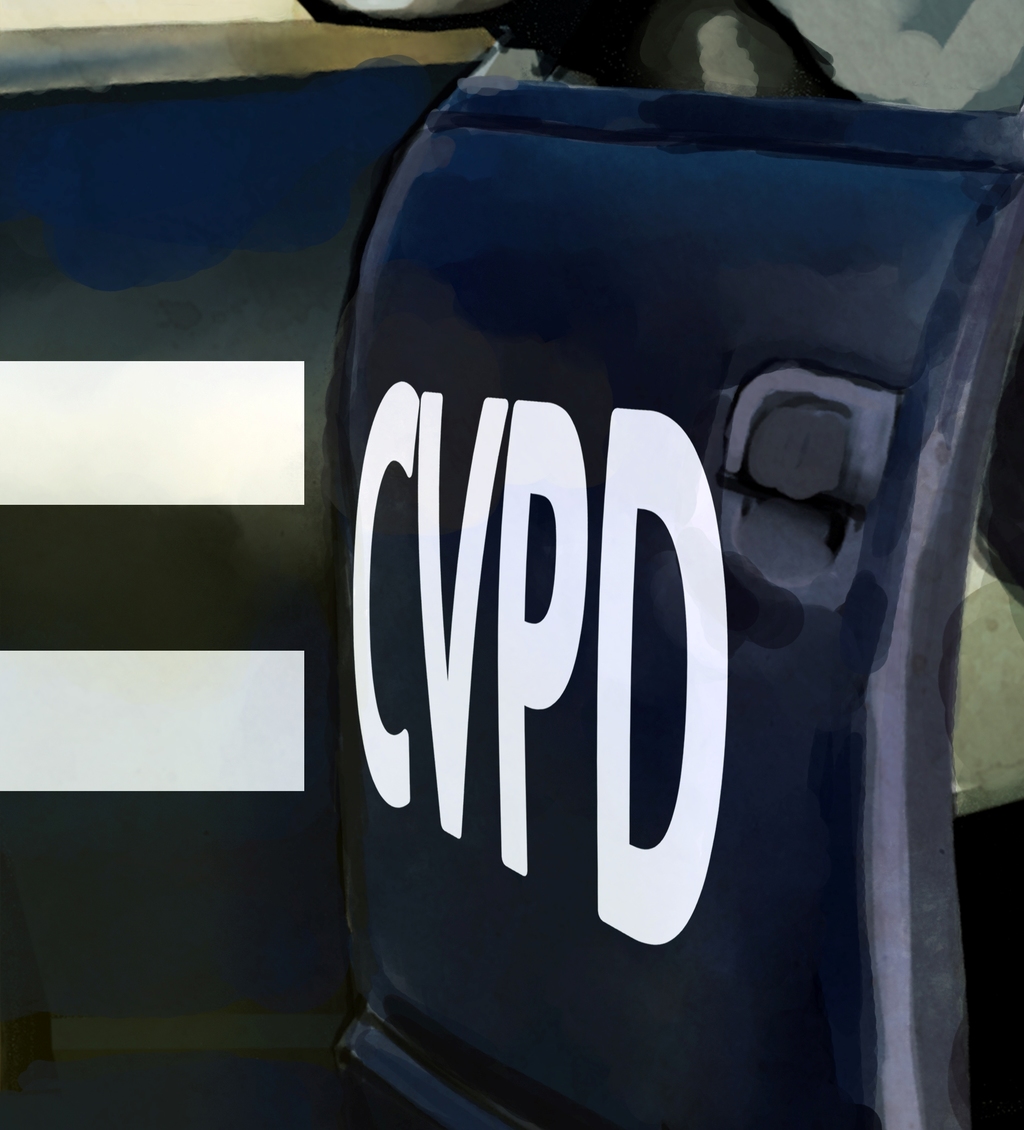 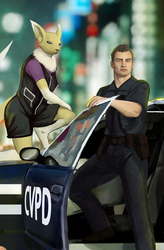 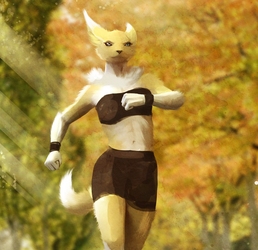 WARNING: This story will contain very adult material in future chapters, including violence and references to rape.

Location: Centaur Valley, a fictional city which I imagine incorporates the sprawling urban areas of Los Angeles with the city center modeled after the older, art deco style skyscrapers of New York. I choose the name “Centaur” because it is the name of a mythological half human, half animal beast and since this is a city in which humans and anthropomorphic animals live together, it seemed sensible to have a name to reflect that diversity.

The hero, Damien Holt, is almost entirely based off Ben Sherman (played by Ben Mackenzie) from the television drama Southland (as is the whole story)

While this story features anthro characters of natural species, it also includes small elements of the Digimon universe, although this is merely an excuse for me to have Renamon as a character since I am not a fan of the show but find her an attractive character. Although they exist in this world they are not “digital monsters” as such, they are simply unusual breeds of animals with no superpowers.

Called the “Animal Kingdom” by its boosters and “Animal City” by its detractors, Centaur Valley is one of the most ethnically and specifically diverse cities in the world. The city occupies about six hundred square miles, known for its well preserved art deco skyscrapers, rolling hills and sprawling urban areas. Its population stands at about six million, forty two percent of which are non-humans classified as “Anthromorphs”, bipedal humanoids with animal like characteristics, the diversity of which is as wide as their non-anthromorphic counterparts. The percentage of Anthromorphs compared to humans makes is one of the highest of any major city on the globe. This high percentage is largely due to the city’s liberal attitude towards anthromorphs, which is generally considered more progressive than other cities where, although outlawed, discrimination is still fairly common.

Barely a hundred years previously, anthromorphs were still subjugated and enslaved by most of humanity and in many cases faced the threat of genocide from more radical governments and bigotry driven hate groups, a few of which still remain are today regarded as terrorist organisations. Along with performing hard labour and general servitude to their human masters, blood sports were another way anthromorphs were exploited and degraded. Centaur Valley was once renowned for its fighting tournaments, especially for importing rare and unusual breeds of anthromorphs from the far-east, particularly those with proud fighting heritages such as the fox like beings collectively referred to as Kitsune,admired and respected in their homeland for their perceived magical significance as well as their grace and skill as warriors. Many were illegally kidnapped and shipped across the sea for these fighting tournaments, the females often desired not just as fighters but as sex slaves. The practice was made illegal along with slavery of anthromorphs in 1904.

Anthromorphs have only enjoyed the same equal rights as humans in much of the world since 1985, the transition of which is progressively showing in the views held by society in general. However, many anthromorphs have expressed the view that they are still seen as ‘outsiders’ and struggle to find employment in prominently human areas of the city. Logistics problems and difficulty and being able to accommodate for various species is often cited as a reason for this rather than prejudice. But as of 2015, hate crimes against anthromorphs have been on the rise, with numerous unresolved kidnappings being a major concern. Many fear the victims are being forced to partake in underground bloodsports and other demeaning activities.

The Centaur Valley Police Department has been under enormous pressure to resolve these crimes as well as to accept more anthromorphs into its ranks, which currently make up less than ten percent of its force. While logistics and accommodation is also cited as an excuse for this disparity, the CVPD’s history of harassment and violence against anthromorphs has discouraged many from applying for the force. Various reforms and desk cleaning has improved the department’s reputation but for some time does not heal all wounds.