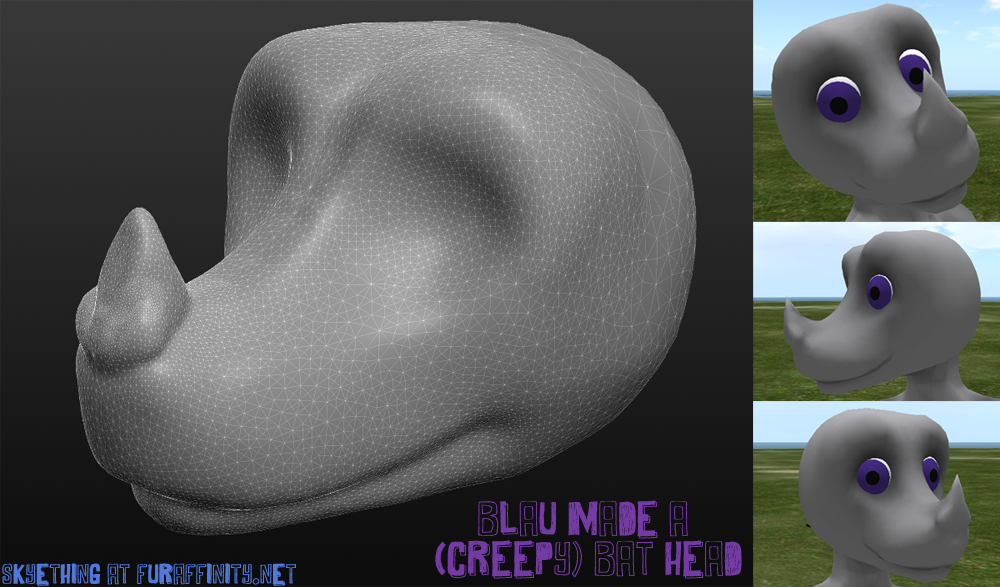 edit 7/19:
the polygons make me cry
i lost the files for this, so it likely won't be finished, but, enjoy the permanent WIP

This was mostly an experiment to see how much I remembered from Blender seeing as it'd been a while since I really messed with it... also learning how to mirror UVs, bake ambient occlusion that doesn't look mondo grainy and dark, importing to Blender from Sculptris, and actually making an attachment.

I want to continue work on this but at the same time I don't, because there is so much I need to do to make it a functional avatar head (mainly rip off the jaw and add eyelids). Not looking forward to that. Rather, probably going to just move on to a different project.

Main image is the un-reduced Sculptris model, the insets are in-SL snapshots with some super simple prim eyes. When rezzed, it has a land impact of 9.