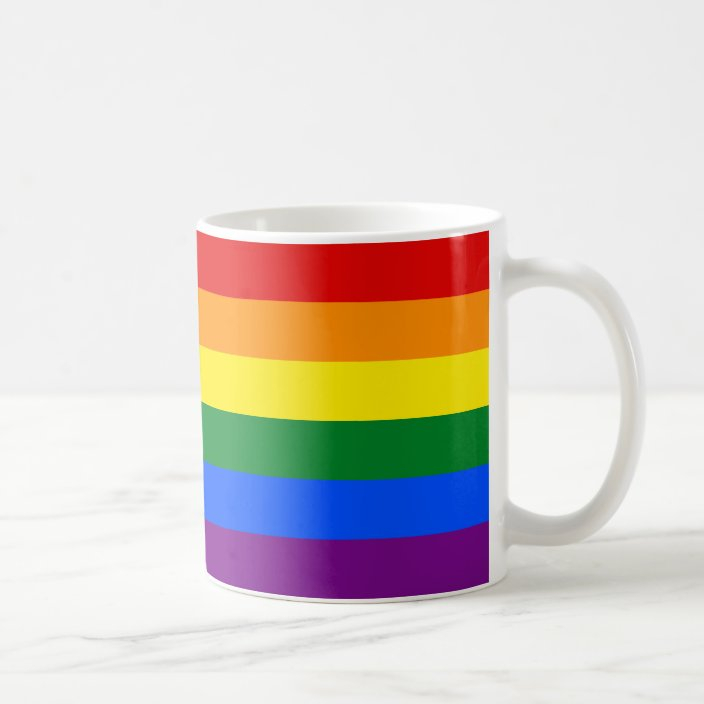 The virtual world shimmered into place around Eli’s black-backed jackal avatar. It was a simple, grassy space, presented with near-perfect fidelity, but distinguished from reality by the small HUD that hovered just to one side of Eli’s field of vision. A timer there was counting down, the seconds ticking away.

Normally, when stepping into VR, Eli would give himself a good shake and have a stretch, getting used to the subtle difference between the feedback provided through the implant that connected him to the digital reality and the way his actual body felt, but today he didn’t, he simply flung himself forward.

Eli sat by his window, staring out at the night sky beyond the insulated glass. Eli lived in a low-light zone, so nobody was allowed to have external lights, and the stars were a brilliant glory overhead. Most of them were ordinary, still except for their twinkling, but a few, here and there, moved, for they weren’t distant stars, but nearby human-made objects, orbiting the planet.

The one he most wanted to see, though, was out of sight, somewhere below the horizon.

A soft chime from his computer terminal made Eli’s drooping ears prick up. He wasn’t plugged in, so he got up and physically went to the terminal, pulling up the screen. His tail started to wag as he saw that it was indeed the message he’d been hoping for..

Hey handsome!
Hope you can clear your schedule tomorrow, about 14:00. Guess who just got the first real-time uplink slot? Yours truly, courtesy of my amazing installation skills. Though there’s not that much competition for uplink time right now. The rest of the gear isn’t installed yet, so it’s a literal line of sight link. Guess nobody else thinks three minutes is worth the bother. Think you can spare me three minutes on Thursday, though?

Oh hell yes! Thank you, thank you, thank you. This really means a lot to me. I know it’s silly, but it’s been weeks! I need to touch you, even through VR, even for just three minutes. Though speaking of my neurosis, sorry, I know you’d probably say if you know, but is there an estimate on the rest of the project yet?

The reply took about fifteen minutes to get there, some segment of which was the information moving around the planet to find an uplink that could catch the station’s current location. The lag wasn’t really that long, only a matter of seconds, but it was just long enough to make something as high-bandwidth as virtual reality impossible without dedicated systems that weren’t yet installed on the new station.

No, I don’t have an estimate. Looking at the job, I’d say it’s going to be another couple of months, but don’t hold me to that. Sorry. I do miss you so much. At least in about three weeks we should have a real uplink, and not this bodged-together thing, so we can spend a few hours in VR. Don’t think I’ll take a fast station job again for a while when this one’s done, either. Maybe something in geosynch, right over your place. Then we won’t have any uplink troubles at all.

Alas for your plans, I just looked it up, and there’s nothing big in geosynch on my line of sight. Just a lot of satellites and little stations. Poor guy. You’ll have to stick with boring ground jobs.

Damn. Ground pay is for suckers. But you know, if I get to hug you whenever I want, it’s probably worth it. See you next week, and see you longer really soon, I hope. Whatever I do next, I’ll stick it out down there in gravity for a couple of months, I promise. Now I’ve got to get back to this vital, exciting, high-paying work. Talk more later.

Eli smiled and leaned back in his computer chair. He hadn’t really known what he was getting himself in for when he’d begun dating Jason. It had been hard adjusting to the way Jason was always hopping from one construction project to the next. He was a molycirc expert, somebody who knew how to work with the ridiculously finicky threads that were the basis of modern computation.

There were molycirc installation jobs down on the surface of Dromia VI, of course, but the ones in space paid better. But though money was good to have, having a partner who was in orbit and out of hugging—or more than hugging—reach for weeks and sometimes months at a time was rough.

But then Jason had needed to make some adjustments to dating Eli, too. Life was complicated like that.

In the present moment:

Eli flung himself forward, and was met and embraced by a pair of strong, golden-furred arms as Jason hugged him tightly. Jason’s avatar—and real world self—was a mountain lion, tall and sturdy, and he pressed his muzzle to the top of Eli’s head, between the ears of the jackal, who was very much the shorter of the pair.

Eli hugged back with an almost frantic fierceness, nuzzling against Jason’s chest. The timer in the corner of his eye continued to count down, precious seconds slipping past.

Eli responded swiftly, intensely, “Love you too.” Then the timer reached zero, and Jason dissolved away into nothing, taking the rest of the virtual world with him and leaving Eli back in his empty room, with empty arms. 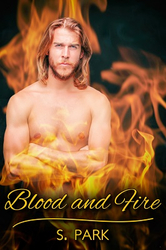 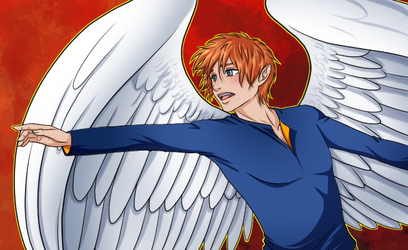 Eli lives on the planet. His boyfriend Jason is currently on the job on a brand new space station. They are connected by a fragile line of data, an uplink.

Happy Pride! Have a short, queer story, a sequel to my previous Pride story, Coffee and Free-Fall.