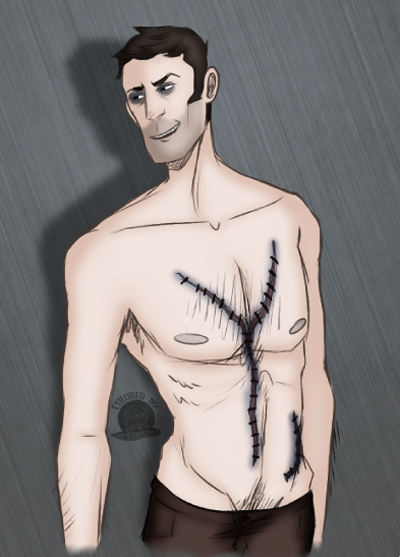 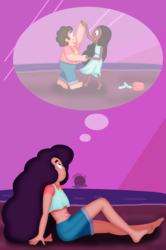 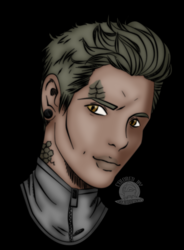 The Comic The Comic the COMIC the TF2 COMIC oh god SNIPER came back to life....yes he is in technically a reanimated corpse but people come back from the dead all the time....and yes he has animal parts in him and like yea shut it. He is back let me hug my sniper baby I was worried about my sweetie okay.

So Any way DYWASO drew up the revived Sniper and I decided to color him using only the comic as the reference for color and doing the pale and the bruising and bleeding and all that feel the blending feel it.

I am really happy how it ended up I mean yes he looks a lot paler than my normal works but yea.

How do you think of the background? Was trying to use the grays used in the lab and some metal texture you know added effect.

So Feelings tell me what you think share and all that