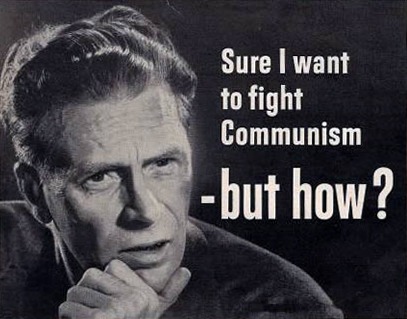 The ivory sheet draped loosely over the curvy figure of the polar bear-girl teased at the possibility of another lazy repose spent exploring her body. It was all the incentive the fennec fox needed to sign quickly for the sterling tray of viennoiseries brought to their suite and tip generously for the quick exit of the bellhop who left the accompanying magnum of champagne chilling at the bed-side.

She stirred and reached for her glasses, polishing them against the fur of her chest before placing the thin gold frames on the edge of her muzzle and pushing them up slowly in the little ritual he’d grown to enjoy since they met in Tirana.

“Didn’t they tell you this is how we celebrate special occasions in the decadent West? Besides, Anneke, I’m sure they’ll be willing to foot the bill for a little champagne for our newest defector. Chief archivist at the embassy, at that. Just the diplomatic bag we grabbed on the way out will be enough for them to be generous with the expense accounts this time.”

Perfectly manicured fingers unwound the wire at the bottle’s neck as she tore through the delicate foil. A moment later, the pop of the cork reverberated through the room as she giggled before reaching for the crystal flute.

“Do you think I’ll like the West? Maybe you will show me your country when they have finished with me? There is so much I would like to see and do, so many places... Oh, this is going right to my head. Could you pass me one of the religieuses?”

Fenn smiled and sat on the edge of the bed, bringing the tray as he stayed close to her knees, watching her toes peek from under the silk bed-sheets. “The French pastries are nice, but I’ve always preferred bearclaws.”

Anneke licked the small bit of chocolate left on her fingers before answering, tasting every trace of the sweet promise she could find in turning over everything she knew to the fennec’s superiors back at Century House. “You’re terrible! You’re making me blush!”

She turned from him to hide her face, deftly pressing the small nose pads below the bridge of her glasses before raising her head back to rest on the pillow. The polar bear-girl sighed sadly when she met those handsome blue eyes again.

The fennec paused to pat her thigh comfortingly. “I don’t think that would be a very good idea. The Stasi won’t stop hunting for you if they ever get wind you’re even close to the border again.”

“But, just imagine if we could. We could take a long train ride up into Thüringen, and make love before starting to fall asleep. A nice, deep sleep where I’d let you play with my paws...“

Something about the sound of her voice sent a tingle of pleasure through Fenn’s whole body as she whispered with her ice blue eyes framed by those glasses, staring as she showed her teeth in a sly grin.

“It will be such a long, slow ride...and make you so sleepy. So tired when you start to close your eyes. Relax and dream about my feet...”

The almost imperceptible hum of the device embedded in the hollow frames was his only warning, but it was enough. He raised the tray from his lap just as she reached to tap at the pads a second time, blocking his view of her eyes just as the hypnotic lenses emitted their short, powerful burst. Fenn lowered the polished silver cautiously, peeking over the edge to find the polar bear with a blissful expression and eyes staring blankly ahead.

“Was it all a ruse, then? Tell me the truth. And your name. Your real name.”

The fennec sighed as he tiredly ran his fingers his hair. “Second Directorate, KGB. Of course. How long are you going to be under the effects of that thing?”

Anneke / Konstantina seemed oddly content with how things had turned out as she happily answered. “3 hours...intense burst...allows for complete reprogramming...”

“That should be enough to make the defection real enough. And between the embassy bag and your new toy, this should still make for quite a coup.”

Fenn reached for her glasses, finding them warm to the touch after use.

“You turned out to be a bit more of a naughty librarian than I expected. But I always win at I, Spy.”

In a perfect world, this would immediately be followed by main titles featuring a breathy song about danger and deception while skunk-girls turn into spirals and you follow down the swirling barrel of a pistol.

Apologies to everyone dragged into this, especially Captain Coyote of FA.