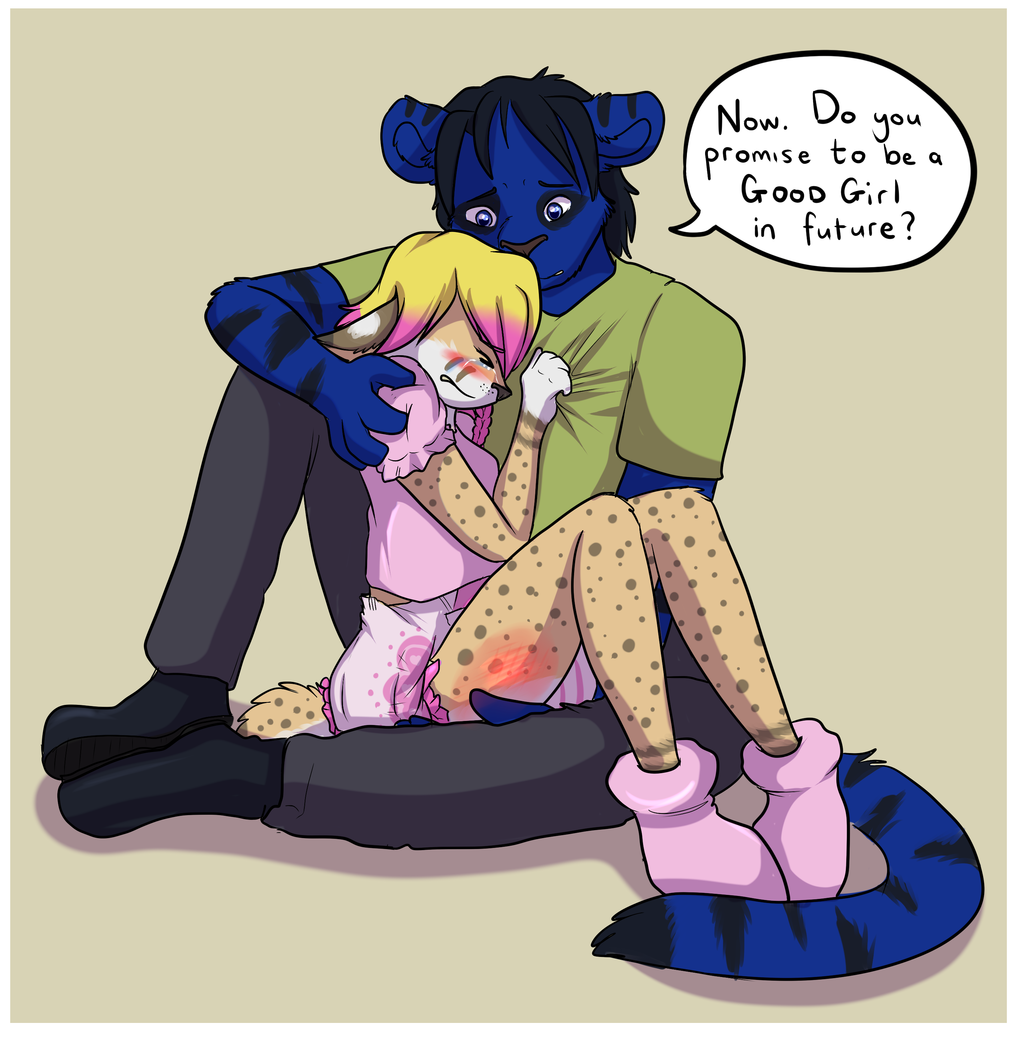 Star couldn't believe it. He had actually spanked her! It had been their first meeting at his place and he had picked her out an outfit to wear just like a good parental figure would, but she had seen the colour and shook her head trying to explain that she wasn't much of a girly girl and didn't actually like pink.

He had insisted that she was wearing what he had picked for her and knowing that this was their first time meeting Star knew she could put her foot down. He wouldn't be so bold as to stand up to her, not on their first date. It was only after she'd uttered the phrase, "Look mate. I'm not wearing anything that's sodding pink alright!" That she suddenly found her whole world flipped upside down quite literally and before she could let out a word she was being spanked across his lap.

She had kicked and hollered and cussed, and the more she struggled the more ferocious the spanking became until she was blubbering incoherently and hung limp across his lap. He then dressed her in the outfit she had been fighting against and cuddled her up in his lap, whilst he rocked her and shushed her and stroked her hair. He felt awful for having had to administer a spanking so early on into their playtime, but Star had to understand, she couldn't be the baby AND call the shots. It just didn't work like that. His heart ached for her as her crying subsided into quieter whimpering. He'd put some cartoons on and get her some icecream in a minute. That was bound to make her happy again.